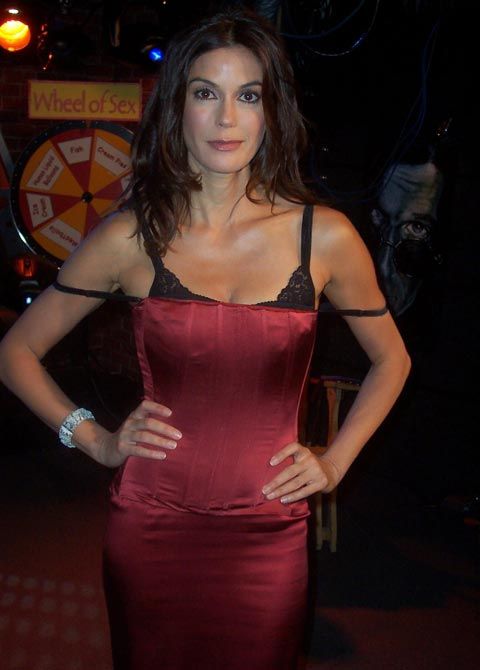 A quick recap on what Howard had to say: ° He doesn’t like Jamie Foxx for all the attention he’s getting for the movie, “Ray”. Howard said Jaime’s basically doing an impression. Howard thinks Foxx is way into the whole thing and proved it by playing Foxx’s speech from Sunday night. At the beginning of his speech, Foxx got the whole audience to sing along with him. Howard said if he was there, he would have just sat there stoned faced. ° Howard loved Teri Hatcher’s speech. He said she looked great and loved how she called herself a washed-up actress who got the role of a lifetime. Howard said no one in Hollywood ever admits they were washed up and that’s why it was a cool thing to say. ° William Shatner won an award and Howard said he was proud of him. He also noticed that Shatner is now wearing a much more believable looking toupee and he should be commended for that. ° Howard liked Mick Jagger a lot more when he used to avoid award shows. Mick was at the Globes on Sunday where he took home an award for Best Original Song, (“Old Habits Die Hard” from the film “Alfie”). Howard bet that Mick knew he was going to win in advance, that’s why he went. Otherwise, he wouldn’t have gone. ° Howard noticed an actress last night sniff her fingers on camera. Howard said she was clapping and in the middle of her clap she stopped to smell her finger tips. Howard thought that was really funny.