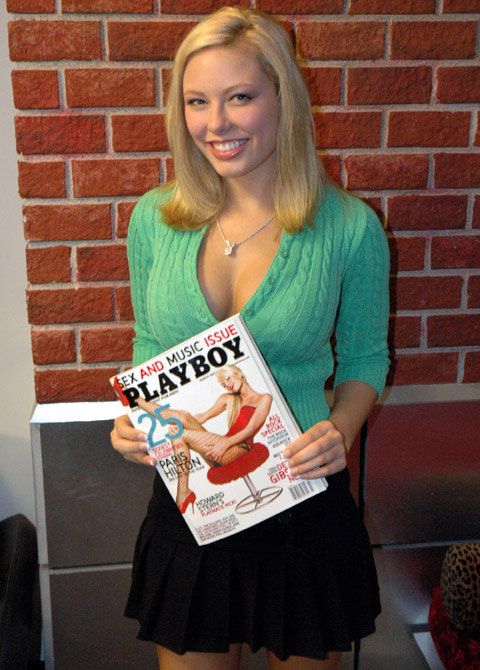 Our very own Playmate, Jillian Grace, called in with what she said was exciting news. She got a call from someone claiming to be a producer in Hollywood who wants to cast her in a movie. He sent her the script to read and wants her to come to LA for a reading. Jillian said she couldn’t say much more than that because the movie is in its pre-development stage. Everyone here told her that sounded like a possible scam. Artie laughed and said all the stuff he had predicted would happen to Jillian is coming true and Howard was completely amazed. Howard told Jillian that it’s way premature for a movie to be casting in the pre-development stage and he told her to be wary. Gary said the part they want her for is probably just an un-named minor character, something like Hot Girl #4, so they wouldn’t really need an audition from her at any stage of the development process. Gary said he hoped someone was looking out for Jillian’s best interests. Howard kept pressing Jillian to tell us someone who was attached to this project or what the project’s name was, but she was too scared to say. She did promise to keep Howard updated though. After she got off the phone, Artie joked around about what it would sound like if Jillian had a big part in a big movie, like say the Godfather. He then did some scenes from the movie he remembered in Jillian’s voice. He had her play Clemenza in one scene and said her only line should be “Leave the gun, take the cannolis.”