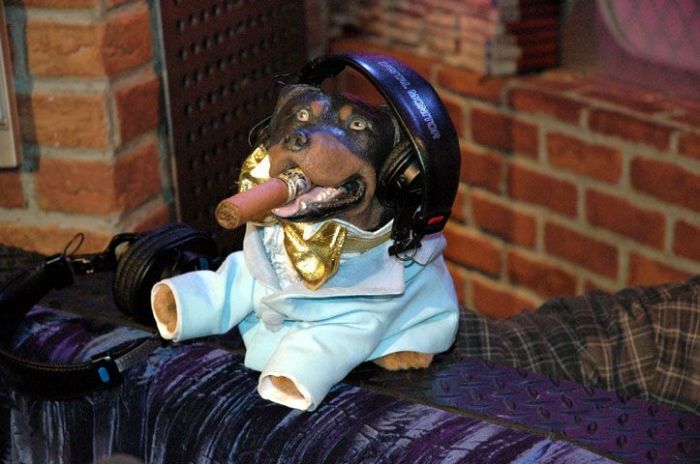 Finally, Howard got to the game with Sean the White Rapper. America Online recently had a bunch of celebrities record “You’ve Got Mail” messages and Howard had a game where, if you guessed who the celebrity was, you would win tickets to The Comedy Love Call on Monday, March, 7th at Beacon Theater featuring Triumph The Insult Dog, Adam Sandler, John Stewart and Tina Fey. The first clip they played was Sylvester Stallone, and although Sean got it wrong, Howard gave him front row tickets to the show. Artie said that those tickets just became the worst front row tickets in show business. The game continued with various callers and some of the bigger names that had recorded the slogan were Lindsay Lohan, Donald Trump, Jay-Z and Jennifer Lopez. Conan O’Brien recorded the phrase, but instead of “You’ve got mail” said “I’ve got pink eye.” Everyone thought that was really lame. Sal asked Howard what he would say if he had to record the slogan and Howard said ok, here’s a slogan: “I don’t give a rat’s ass if you’ve got mail.” He jokingly added that for some reason AOL didn’t want that.