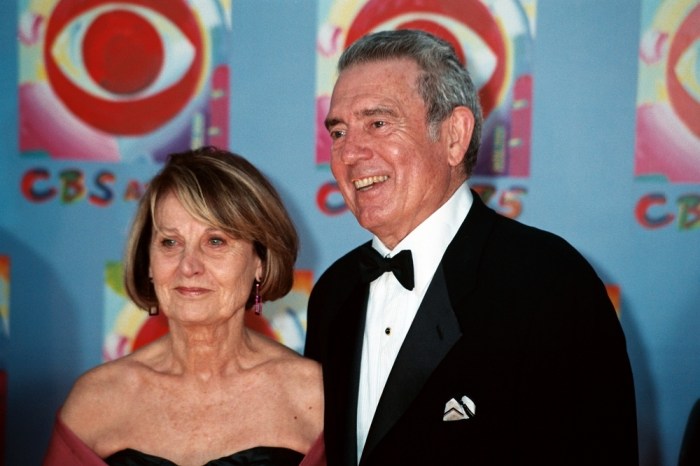 For some reason, everyone seems to be ragging on Dan Rather now that he’s retiring. Howard played some clips of Donald Trump and Walter Cronkite really ripping Rather apart.

Co-host Robin Quivers said it’s weird because Tom Brokaw recently retired to glowing accolades and Rather is just getting bashed.

Howard said he just saw a retrospective on Rather’s career and he’s been around a long time, covering a lot of important event and now his whole career is tainted because of one stupid story on “60 Minutes II.” Howard played a tape of Trump saying that he’s not a fan of Rather’s, mainly because he feels that Rather did a story on him that was unfair and wrong. He said that Rather has been losing in the ratings for years and Trump didn’t understand why CBS didn’t fire him years ago. Trump said he would have fired him if he could have. Trump also thinks Rather is highly overrated and not particularly good at his job.

Howard said that’s why he loves having Trump on the show, he’s very outspoken. Howard then played Cronkite saying he’s surprised that Rather lasted as long as he did at his job and that he thought he would have been replaced years ago. He also thinks that Rather plays up a certain “role” more than just delivering the straight news.

Robin reminded Howard that Cronkite was pretty bitter when Rather replaced him at CBS because they pretty much pushed Cronkite out.

Howard said that Cronkite sounded horrible on the air his last few years because he had to keep clearing his throat every two seconds. Cronkite went on to support his dislike for Rather by citing how Rather did horribly in the ratings. Howard said that logic is flawed though because he’s sure the National Enquirer sells more papers than the New York Times but that doesn’t make it a better news source.