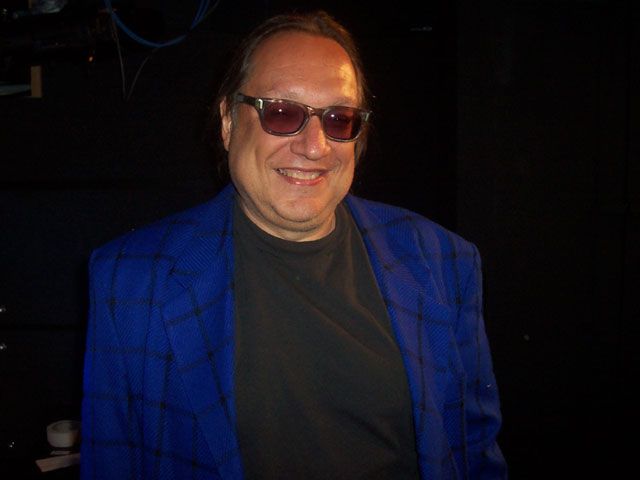 Howard’s friend Ratso called in today to promote a new venture he’s undertaking. Ratso is a very accomplished author who wrote great books on Bob Dylan and Abbie Hoffman, among others. But for some reason he decided to try to get into the porn game a few years ago and now has a DVD out called DV-Divas. He said he wanted to improve on the “Girls Gone Wild” format and explained how his DVDs do that. He said that the GGW movies have tons of girls but low standards, so he set out to have a shorter DVD with higher quality girls.

He started to explain how his DVD worked but it was pretty confusing. His idea was to give a couple girls a camera and tell them to shoot themselves doing sexy things. To give them an incentive, he told them the sexier it was, the more he’d pay them. They also hired a cigar salesman named Judd to host the show, find the girls and give them the cameras to use while Ratso’s partner was filming Judd the whole time doing that so they had two cameras working at the same time. Howard seemed confused by the explanation but wished Ratso lots of luck. Robin seemed hesitant, however, but only because she didn’t like the thought of Ratso having his own personal jet like the Girls Gone Wild guy does. Ralph wanted to know if Ratso was still seeing that hot chick he was dating because Ralph always thought he could take her from him. Unfortunately for Ralph, everyone informed him that that hot chick has been Ratso’s wife for the past five years.