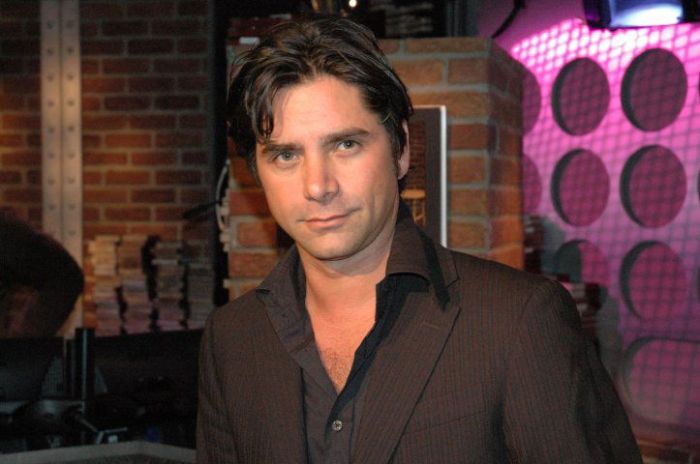 “Full House” star John Stamos came in today to promote his new show “Jake in Progress,” which premieres Sunday night at 9 p.m. on ABC. He was being very mum on how he felt about Rebecca Romijn dating Jerry O’Connell. He said he just hopes she’s happy but Howard told him to be honest and not treat him like he’s a reporter.

Howard told John how Stern show resident perv, Richard Christy, was just saying that he would love to have John’s face for a day to see what kind of chicks he could pick up with it. John said he could have it because his face just gets him in trouble. Howard said that was the truth and said that John is insatiable with girls. Ralph Cirella had recently been out to John’s Malibu home and said it was just filled with really hot chicks coming and going at all hours.

Ralph called in to say that Stamos just hangs out with all these really hot chicks and it’s pretty wild. Howard kept trying to pin Stamos to an answer about how he felt about Rebecca dating Jerry, but Stamos wouldn’t bite. He just said that he met Jerry once and he’s a nice guy. He admitted it would freak him out a little if she started dating someone like Tommy Lee because he’s so wild. He also admitted that if anything about the O’Connell relationship shocked him it was just how quickly it developed after their divorce.

Gary Dell’Abate said something funny had happened with John Stamos out in the hall. Before his interview, he told Gary he really wanted to meet Beetlejuice because he’s a big fan. Gary took John into the green room but Beetlejuice wasn’t interested in meeting Stamos at all. Gary tried to introduce them but Beetle kept saying he didn’t care who Stamos was and wouldn’t even look at him. Beetle came in the studio and Howard tried to explain that Stamos was on TV and in movies but Beetle just replied “good for him.” Then he stormed out of the studio. Howard joked that maybe Beetle is a big Jerry O’Connell fan.