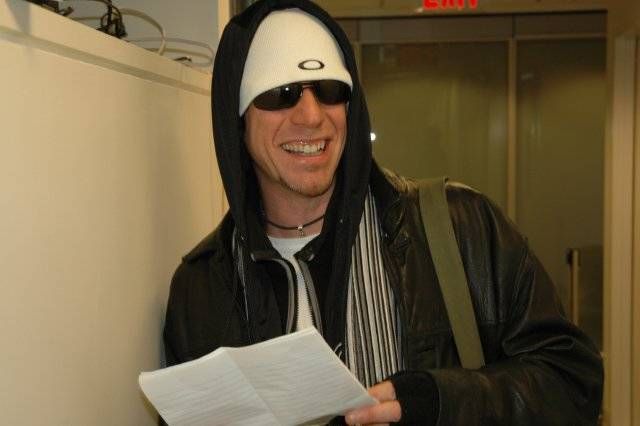 Yesterday it was revealed on the show that “Stylist to the Star” Ralph Cirella was beat up at Scores over the weekend but Howard waited until today to tell the story. He had hoped Ralph would call in and be part of it today but he must have still been sleeping at around 7:15 when Howard started the story because he was nowhere to be found. Howard said that was great, it’s not like he doesn’t do stuff for Ralph all the time. Howard tried to tell the story the best he could without Ralph but admitted he has heard some conflicting reports over exactly what happened.

What he does know is that Ralph was pretty drunk because he had a meeting earlier in the evening where he drank but didn’t eat anything, then went out later with John Stamos where he again, drank without eating. Then he went to Scores and started talking to a guy about kickboxing. This is the part of the story where Howard wasn’t 100% clear on what was going on. Apparently Ralph is taking kickboxing classes and was showing off some moves for this guy at Scores and ended up accidentally punching him lightly. So the guy punched Ralph in the stomach and then Ralph screamed at him “F You!” The guy angrily responded “F me?” and then punched Ralph in the face. Howard said that at first Ralph was proud of himself because he had never taken a punch in the face before and it didn’t hurt that much so he thought he was tough. But it was only because he was wasted that he didn’t feel the full effect of the punch and only realized how badly he had been beaten when he felt blood trickling down his face.

He ran to the bathroom to clean himself up where Chuck Zito saw him and apparently told him something along the lines of everybody gets punched for a reason. Then Ralph went home where he taped up his bruises only to wake up the next day with his head swollen up from his injuries. An audience member wrote an email to Howard saying that when he saw Zito talking to a bloodied Ralph in the bathroom, he immediately thought Zito had punched Ralph. The guy was so scared of pissing Zito off and getting the same treatment, he ran out of Scores and ended up peeing his pants in the middle of the street.