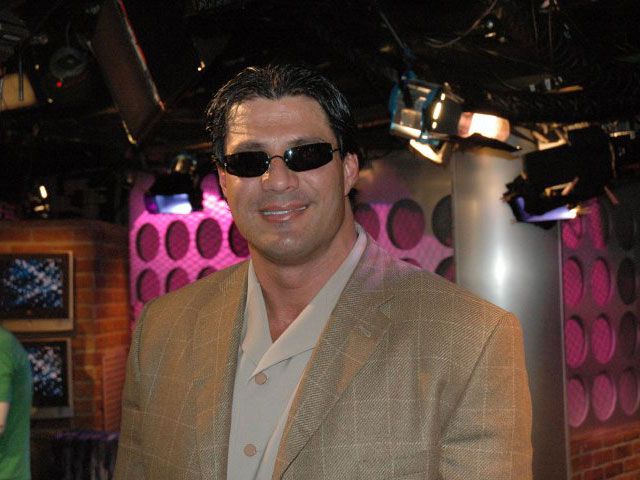 Baseball player and author Jose Canseco came in today to promote his new book “Juiced,” in which he claims to out big name baseball players for using steroids.

Canseco said he didn’t write the book for the money because he has plenty of money already. He said he wanted to expose what was going on in baseball and said he had to name names so those people would have to fess up to what is going on as proof. Canseco said that baseball and the player’s union basically endorsed steroid use and that’s why, in order to be believed, he has to name names. Artie Lange wondered if the book is Canseco’s revenge on people who treated him wrong in baseball.

Canseco did say that he believes there was a conspiracy to drive him out of baseball by the owners and players, making him a sacrificial lamb for steroid use. He said he was still playing well but was forced out early.