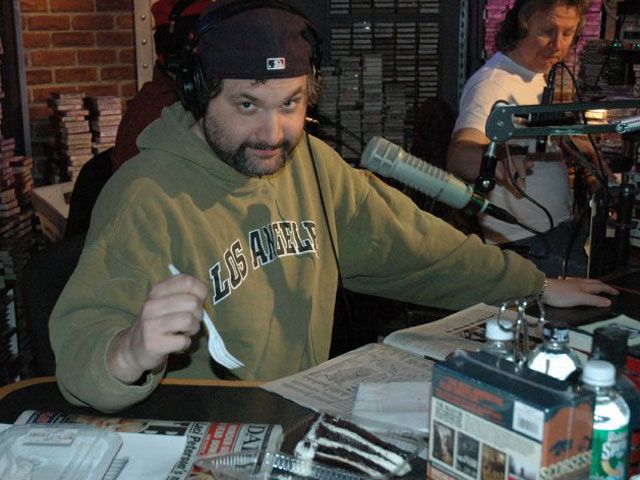 Never one to let himself skip a meal, or ten, Artie Lange ate a chocolate Pop Tart yesterday, even though he had just told Howard he was feeling really sick and his stomach hurt. He thought since the Pop Tart was so thick, it would help settle his stomach.

Fred asked why he didn’t eat a banana then, but no one could imagine Artie eating a banana. Howard noted that today, even though Artie still isn’t feeling well, he ran downstairs to get a big piece of cake for himself. It appeared that Artie was once again, sucking it up and eating through the pain.