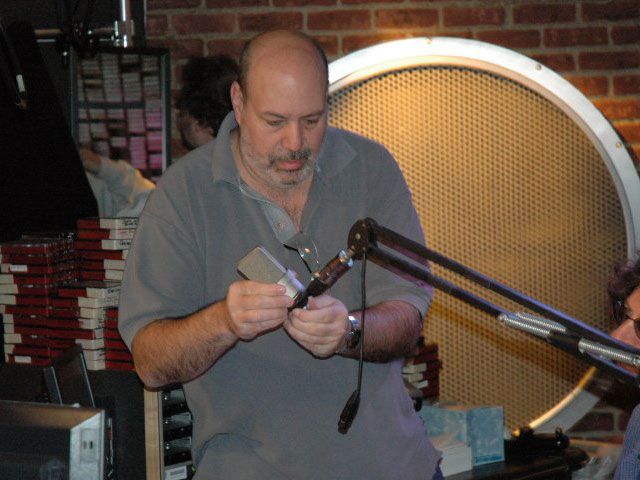 Howard made it back on the air for the first time this week after missing two days due to his root canal on Friday. Howard explained that he needed major work done on his two front teeth and actually had two root canals and two apico’s performed on him on Friday. The doctors explained to him that he had something called “Internal Root Resorption” (IRR) that could cause him to lose his two front teeth and that’s why so much surgery was required.

His dentist told him that he probably took a blow to the mouth many years ago and because of the swelling over the years it led to the IRR he currently has. Howard said the only thing he can think of that might have been considered a big blow to his mouth was when he was 16 and ran right through a plate glass door. He said his mouth throbbed for a long time after that. He had the two root canals and the apico and said his mouth was full of stitches so it’s not that easy to talk. Making it even harder to talk though was the constant jingling Howard kept hearing in his headphones every time he said something. Howard said that he complained about this last week and apparently, even with an unexpected two days off, no one took it upon themselves to fix the problem.

Scott the Engineer came in and explained that Richie Herby, the head engineer here, said he fixed the problem but didn’t tell Scott what he thought caused the problem so Scott didn’t know how to fix it. Howard told Scott that he’s making him feel worse than his mouth is right now and yelled at him to get out of the studio.

No Sympathy from Tom

Howard complained that he had sent Tom a note the other day saying that he didn’t want to do any live commercial spots today because it was already killing him to do the show in the first place. But Tom never wrote him back and there were tons of live spots scheduled for him to do today. So Howard said he was either not going to do the spots today or would let Fred read them. For some reason though, KROCK general manager Tom Chiusano had a major problem with that. He told Howard that he never saw his emails regarding the live spots but that he wants Howard to read as many as he can today. Howard said he could barely talk! Howard told Tom he’s lucky he’s even here today. Tom said if Howard can talk during the show he can do live spots. Fred tried to stick up for Howard but Tom told him that no one invited him to the conversation. Fred said that Howard did by asking him to read the live spots. Howard said if Tom would prefer for him to go home he’ll go home, but he’s not reading spots. Tom said he doesn’t care, it’s not personal, he’s just trying to run a business. Tom offered to get something for Howard’s lip. Robin suggested a pre-recorded commercial.

The Martian vs. The Robot

Howard thanked Fred for sticking up to Tom for him. Fred said that Tom is a very sensitive guy. He doesn’t understand why Tom gives Cabbie a billion different breaks for all of his many offenses but Howard has major surgery on his mouth and Tom doesn’t even seem to care. Howard said sometimes business has to go on he guesses. Artie said he’s just waiting for Tom to invite him into the conversation. Tom came into the studio to answer Fred’s accusations. Robin warned him not to rile up Fred because he’ll gnaw his foot off. Fred said that Tom started it. Tom said that Fred started it but Fred said he only said he was concerned about Howard. He asked Tom if that was a bad thing and reminded him that he’s not dealing with Cabbie here. Fred then told Tom to go hang himself with his tie. Artie tried to redirect the conversation by telling Tom he saw a sales guy go into the bathroom with a newspaper and suggested he go check it out.