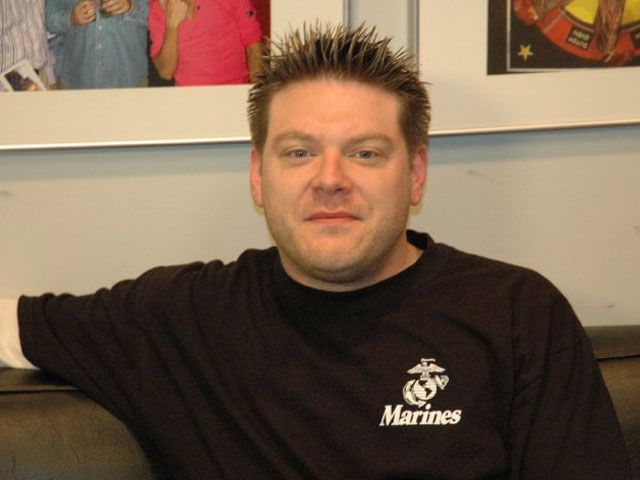 Howard’s friend and fellow jock Kidd Chris finally found his way into the studio to hang out. Howard had mentioned previously that he heard the Philadelphia affiliate had interviewed Chris about taking the job there once Howard leaves for SIRIUS but Kidd said a lot of weird stuff went on after Howard talked about that on the air so he couldn’t get into now. He said he doesn’t want to replace Howard anyway because whoever “replaces” Howard will be hated.

He said he wants to be the guy who replaces the guy who replaces Howard. Kidd is working in San Antonio now and said the one thing he learned about that place is that they love to drink there. Artie agreed with him on that. Kidd said he has had sex with his listeners before but hasn’t in awhile. Howard said that Kidd gets a lot of hot chicks and brought one to a party Howard had last year. Kidd said he last had sex two weeks ago with a school teacher and that was great because it fulfilled one of his “fantasies.” Next on the list is to bang a hot news anchor. Kidd then told a great story about a pair of Mexican sisters he once had sex with. He picked them up at a party and on the ride back to his apartment the girls would take turns pleasing him orally while the other made out with him. Then back at his house they both wanted to have sex with him, but not together. So one hung out in his bedroom and the other hung out in his living room and he kept going back and forth. Kidd said that one of the sisters was pretty manly looking but he did her anyway because banging two sisters is a great story. He did the ugly girl first and figured the sister’s planned it that way so he just wouldn’t have sex with the hot one and then back out of it.