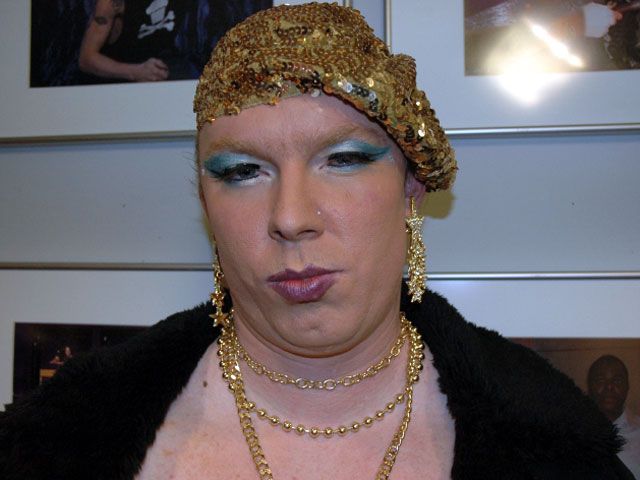 Eric the Midget Actor called in to discuss his recent appearance on the NBC show “American Dreams”. Howard said that Eric’s episode was one of the lowest rated ever for the show so he’s obviously no ratings grabber. Eric blamed the fact that ABC ran a new episode of “Lost” against the show and Howard and Robin agreed that hurt Eric’s show since they both watched “Lost”. Howard and Robin then brought up the fact that Eric hardly ever seems to laugh at anything and wondered what he sounds like when he does laugh. Eric said he laughs at the sitcoms and comedies he watches. He said he doesn’t laugh much when listening to Howard though and Artie asked why he bothered listening to us in the first place.

Howard said we should have a “Make Eric Laugh” contest and the first person to make him laugh would get $500. Richard Christy came running in the studio and asked Eric what the difference was between a whale and High Pitch Eric? The punch line was that the whale doesn’t stink! Richard thought he heard Eric chuckle at that one but Howard said it didn’t count. A few callers tried to get him to laugh with some one liner jokes but they were all pretty bad. Richard tried one more time with another High Pitch Eric joke because he knows that Eric hates HPE. Richard’s line was, “High Pitch is so fat that he had to go to Sea World to get baptized”. Eric the Actor let out a good laugh at that one so Howard gave Richard the $500. Here were the ratings on the night of Eric’s acting debut in American Dreams: #1. Lost (ABC) with a 12.0 #2. 60 Minutes II (CBS) with a 6.3 #3. That 70’s Show (FOX) with a 5.1 #4. American Dreams (NBC) with a 4.9