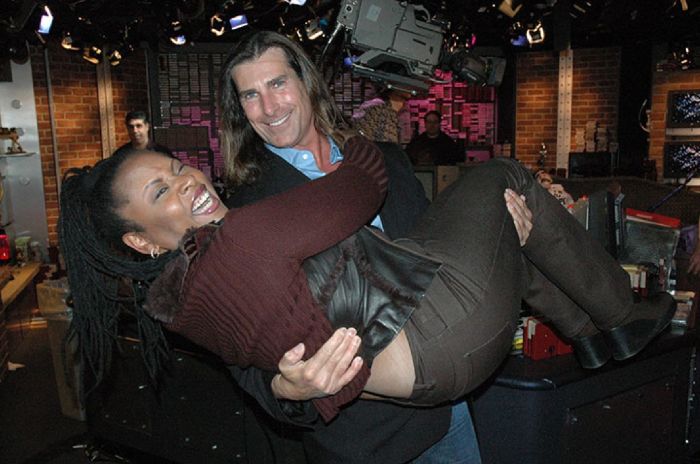 Heartthrob Fabio was on in 2005 to promote his show ‘Mr. Romance’. He talked about being banned from the Playboy Mansion and – literally – swept Robin off her feet. Photo: The Howard Stern Show

Today on the Stern Show, Fabio tells Howard about the time he got banned from the Playboy Mansion and literally sweeps Robin off her feet. Plus, Artie tells some stories from bachelor parties he’s been to.