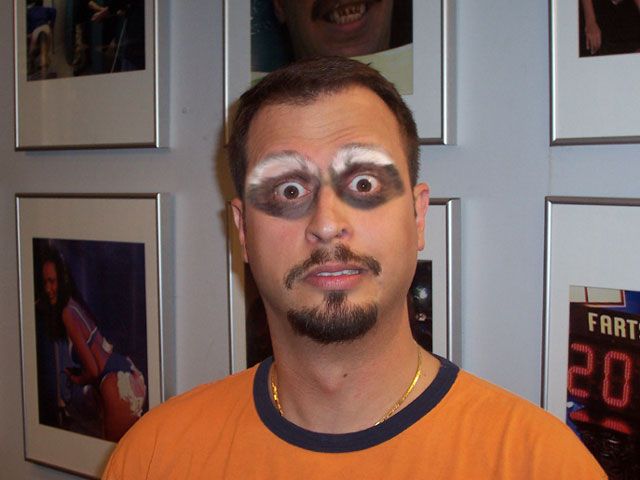 Howard was pretty weirded out by an Entertainment Report on MSNBC that said Howard is a big user of Chanel products. The report sarcastically asked who would have thought that Howard Stern would be so into his own looks, then went on to say that they “heard” that Howard swears by Chanel products and uses their body wash and eye cr? as well as other products. Howard said that report was ridiculous, he isn’t even sure what Body Wash is and wanted to know where reports like this came from? He noted that MSNBC is a news channel and at least in this story they are reporting lies.

Gary said that the report “got” Howard on a bunch of different levels -practically calling him gay, implying that he’s ugly and having him promote a product for free. Howard wondered if they confused Sal the Stockbroker saying that he uses Chanel products but Robin noted that Sal said he uses Sephora products . Sal came running in and said that his favorite make up is Christian Dior Fatigue Concealer #400. Howard and Robin wanted to know why he uses so much make up and Sal said it’s because in high school he’d get such huge rings under his eyes that the kids would tease him and call him “Raccoon Boy”. Robin couldn’t stop laughing after she heard that. Gary welcomed Sal to the club of revealing your darkest secrets on the air only to hear Robin cackle away in laughter at them. He said the worst part is when she stops laughing, collects herself, and then starts wiping the tears out of her eyes from laughing so hard. Robin said she was just picturing Sal with big raccoon circles over his eyes and it was cracking her up.