Staffer opens up about his plan for a night with Howard 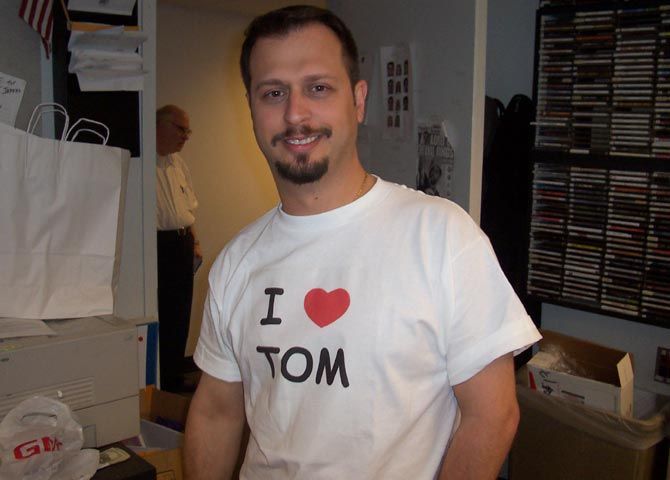 Howard asked what his plan was for the evening they were supposed to spend together. Sal said that he’d go to his gig at 9:40 for a 10-minute spot, then he’d come back to Howard’s, let himself in with the key, and maybe Howard would be up and they’d watch TV. Sal said he thought Howard slept sporadically so there was a good chance that he’d be up. Howard said he didn’t know how Sal knew his schedule.

Sal said he looks at the times on Howard’s emails sometimes, freaking out everybody out more. Sal said he would have made snacks for Howard, crawled in bed with him and Beth, and watched Survivor. His rational was that Howard probably had a big, custom-made bed, so there’d be room enough for the 3 of them. Artie begged Sal to tell him it was just a big joke at this point because it was so weird.

Unfortunately, it wasn’t a joke. Sal thought it out down to the kind of beer they’d drink while sitting on the couch watching TV. Howard asked why it had to be him, why did his life sound so exciting to him? He said it was because Howard gave him a life of happiness by giving him a job and he wanted to develop their social relationship to get to the next level. Howard said that wasn’t the case, it was because he’s famous and Sal’s a “star f-er.” He also said that he should start his own life and not want to be part of his. Howard told everybody else in the office that they were allowed to stay in his apartment whenever they wanted, but Sal was never going to gain access to anything involved in Howard’s personal life from now on.