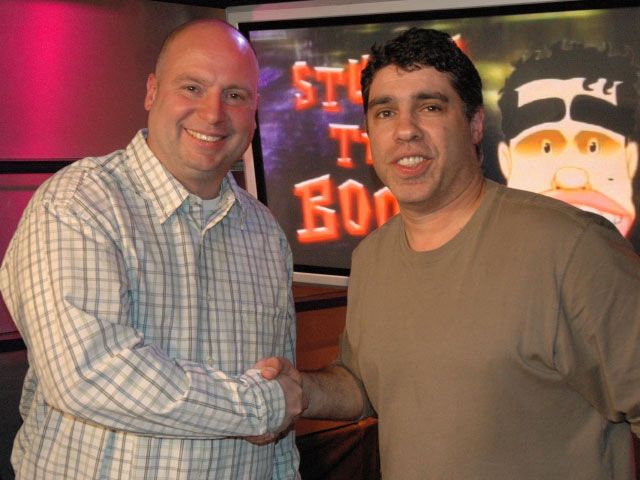 Howard said Sal got trashed by the audience in emails after his meltdown yesterday. Everybody thinks Sal is a psycho. One person said they used to wonder why Sal had so much animosity toward Gary before he worked on the show. Now he knows that Sal was jealous of Gary and his relationship with Howard. Ralph called in and said it was incredible. Ralph said he got up early to hear the show this morning because of all this. Why didn’t Sal just stay in a hotel? Or with the one of the 50 other people on the show who live in Manhattan? Ralph said it was like he was making the clumsy grab for a girl when you’re in high school. Two seconds after telling Howard that he thought Ralph is a good guy, Sal told Ralph he was the biggest user, slime ball and snake there was. He said Ralph leaches on to Howard and goes to parties with him, and even dresses like him. Howard said it sounds like Sal’s jealous of Ralph too. Sal said Howard’s company is soothing to him; he’s a good guy who’s made his life better. Sal said he’s comfortable just sitting on a couch, not talking, watching TV (even though he’s NEVER hung out with Howard before). Robin said Howard could start a religion and Sal would be the first one to drink the Kool-Aid. Howard reiterated that he and Sal are not friends. Ralph asked Howard who he’d rather have in his apartment, High Pitch Eric, Gary the Retard, or Sal. Howard said knowing what he knows now about Sal, it would have to be Gary the Retard because High Pitch isn’t getting into his apartment either.