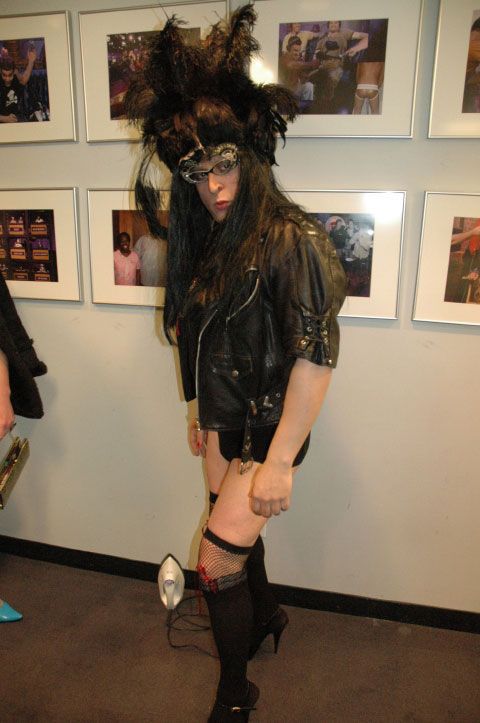 Howard decided to replay the conversation from yesterday in which Sal the Stockbroker talked about allegedly pleasuring himself in the KROCK bathroom and that he frequents peep-show booths in Times Square where pleasures himself too.

After replaying the bit Howard said he’s since learned that Sal may have diddled himself more than once in the bathroom. Richard said that Sal would come to him all ashamed of himself for allegedly having just done it. Richard then warned everyone to stay out of the middle bathroom stall because that is where he thinks Sal does most of his work. Howard said he also learned that Sal stops at a pizza place before going into one of his peep booths to get napkins to clean up after himself. He said there’s no bathroom there which is why he has to grab napkins from someplace else. Howard pointed out that that also means that Sal isn’t washing his hands right after he’s done in those booths either. A guy named Bobby called in to say that he used to work at one of these places in South Jersey and part of his job was to clean up after guys in those live girl booths.

He said that if a guy leaves a mess behind the girl in the booth will put on a light to signal that the booth needs cleaning. Howard said that Bobby must have lived in fear of that light. Bobby said the really weird thing was that some male customers would request to clean up after guys who left their mess on the glass windows themselves. Howard had to stop him there before he got too graphic but promised that we’ll have Bobby call back once the show is at SIRIUS so he could really get into details. Howard said he was so fascinated by the idea of someone having that sort of job that he really wants to make a movie out of it. He thought it would be serious, like a drama, and cast Bill Murray in the role as the booth mopper.