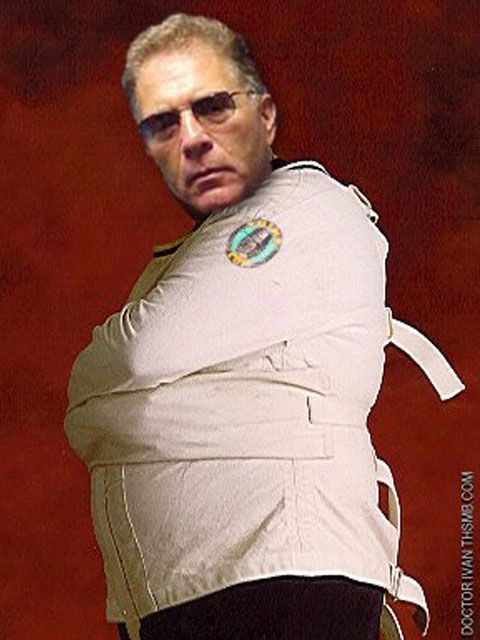 Photo: The Howard Stern Show
Ronnie the Limo driver was back at work after bolting from the show yesterday to get the seat belts fixed on the “SS Mund”, the stretch Escalade Ronnie bought to drive Howard around in. Of course, Ronnie left without telling anyone, which really pissed Howard off. Howard said that he and Ronnie talked about it though and they seem to have things worked out. Howard said that he met with some people and looked at other limos yesterday, hoping to replace the Mund. Ronnie came in the studio laughing, saying there was no way Howard met with anyone yesterday, but Howard insisted that he had. Howard told Ronnie how pissed he was that he just left with the car yesterday. Howard asked him to get the seatbelts fixed on his own time, not Howard’s. Ronnie argued that he had arranged for Howard to have a driver and car so he felt that he took care of everything. Howard didn’t though. He said he had a busy schedule yesterday and Ronnie could have screwed it up. There also appeared to be some miscommunication between Ronnie and Howard. Ronnie seemed to think that Howard was gong to wait to see if he liked the improvements Ronnie was planning on making to the car before he decides whether or not he wants to buy a new one. Howard said he’s really decided that he just wants to get a new car period.
Previous Show Next Show