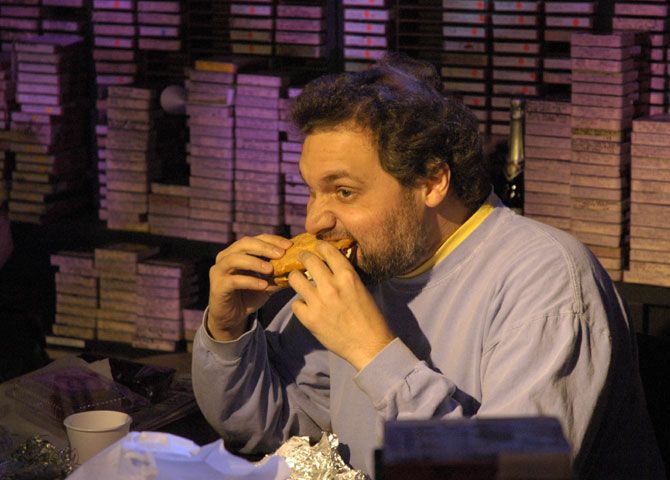 Howard noticed Artie eats a ton of food every morning, so he made Artie run through the list of what he usually eats. Needless to say, the list was pretty extensive: – Krispy Kreme Doughnut – 2 buttered bagels – 3 cups of coffee – 8 or 9 Dunkin Munchkins – Roast beef and Swiss Cheese sandwich – Starbucks Holiday Cookie – Black and White Cookie – 2 hearty portions of Greek Lasagna his neighbor made him Howard said Artie must have eaten about 4,000 calories before noon! Artie admitted that yesterday was a particularly bad day for him. However, he noted that he has been losing weight. He said he jogs for about 2 miles on a treadmill while listening to his iPod and that’s helping him lose weight. Howard said at one point he really wanted to check Artie’s blood pressure and cholesterol on the air, but Artie flat out refused. It’s one of the very few things he’s refused to do on the show. Artie said he really just doesn’t want to know how bad off he may be.