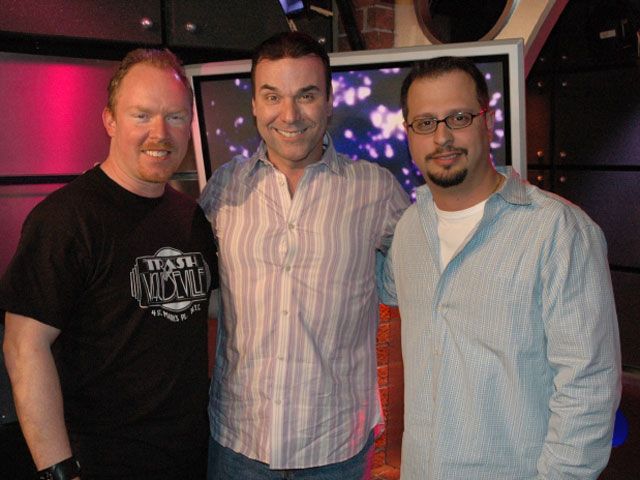 Returning from the break, Howard welcomed hypnotist, Marshall Sylver, back to the show. The last time he was on the show Marshall successfully hypnotized Ronnie into believing Artie was a hot Scores stripper AND that he had given birth to Howard’s love child, Joey.

Today’s subjects for exercise were Sal the Stockbroker and Richard Christy. According to Marshall, the more intelligent a person is, the better subject they are for hypnotizing and Sal and Richard were excellent subjects – who knew?! The boys sat on the couch and Marshall put them to sleep.