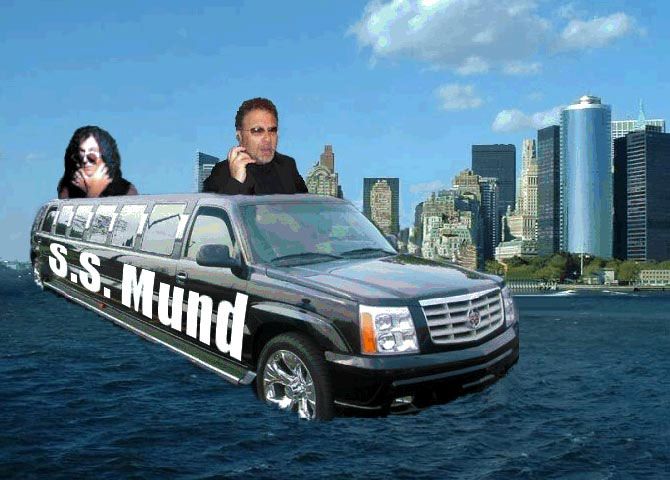 The SS Mund is up for sale on Ebay.com. Ronnie the Limo Driver decided to sell it this way since he finally got Howard’s new car. Howard said he didn’t know anything about Ebay, how to sell or buy anything on it, but he promised Ronnie he’d give the Item Number out on the air so people would know about it. Ronnie had told him that the limo wasn’t getting a lot of hits so that’s why he’s mentioning it.

Howard wondered how other people who didn’t have national radio shows got anyone to look at their products on Ebay but Ronnie didn’t know. Ronnie also didn’t know what to tell anyone about how to find his car on the website other than giving out the item number. Ronnie said he thinks people have to go an Earthlink website first but Robin told him he was insane. She then tried to find the limo herself on Ebay but didn’t have any luck. She told Ronnie that the car was impossible to find online and that’s why it wasn’t getting any hits. Then Ronnie started to scream something about the people who posted the limo online in the first place and yelled for them to call in, but they never did. [Editors Note: The reason no one could find it is because the auction is closed, closed auctions are not searchable]