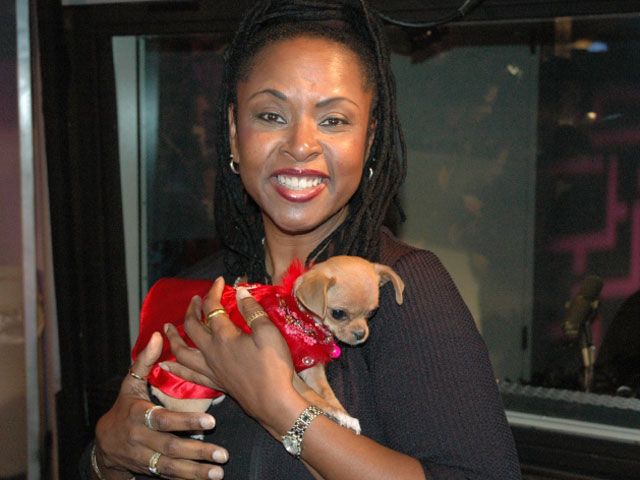 A caller named Lauren phoned in with a great suggestion today. She thought that Robin Ophelia Quivers should replace Paula Abdul on “American Idol” because she’s very opinionated and out spoken. Robin said she’d love the opportunity to do that and then started lobbying for the job. Howard told Robin to calm down and stop looking so eager to have the job. The only thing holding Robin back is her lack of knowledge about music but Robin said she knew enough. She said, for instance that she knows when someone is off key. Howard said that Robin was a good singer too and then played her karaoke versions of Sheryl Crow’s “Happy” and Korn’s “Y’all want a single”. Then to round out the bad singing he played Gary singing “Fly Like and Eagle”.