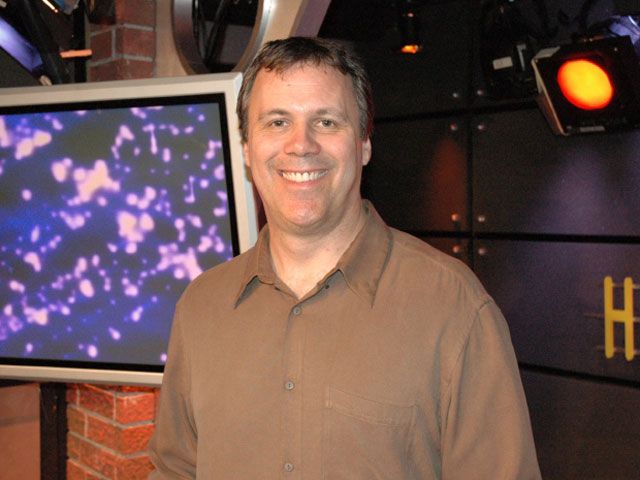 He took over as Roger Ebert’s co-host after Gene Siskel passed away but Howard said he likes the name “Siskel and Ebert” better and suggested they change the name of the show to “Siskel and Ebert with Richard Roeper”. Roeper said he’s been doing the show with Roger for five years now and he really enjoys it. Howard said he can’t stand going to movie theaters anymore because they are filled with people who show up late, talk to each other or on their phones and bring babies with them. Richard agreed and said he hates thinking about all the germs in the theater with you. He said that he’s spoiled now because he mostly gets private or semi-private screenings.

Richard recently saw a screening of the new “Star Wars” movie which upset Howard because he was told he wasn’t allowed to get a screening. Richard said the movie was pretty good and much better than the last two but Ralph Cirella said he’s not going to support George Lucas since he put out those other two piece-of-crap movies. Howard got Richard to talk about his love life a little and Richard said that although he’s 45 and has never been married it doesn’t mean he’s gay. He just likes his bachelor lifestyle and said he recently broke up with a girl. Howard joked that that is what “they” all say. Richard revealed that he slept with an A list actress and briefly dated a B list actress but wouldn’t say who they were. Howard took a couple of guesses, including Dakota Fanning, but Richard wouldn’t say (although he joked he got Dakota before she got famous).