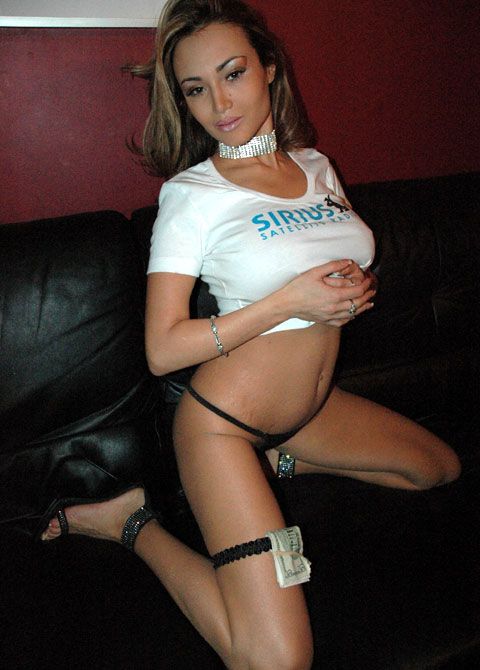 First thing this morning the phone lines were already jammed so Howard took a couple of calls right off the bat: Caller #1: Wanted to know how Howard planned to continue fighting the FCC once he moved to SIRIUS. Howard said he his strategy was simple — he will be done with them. He doesn’t think he’ll have to deal with the dump button and the likes of Tom Chiusano or Dead Air Dave again. In fact, he can’t wait to do things all the things he hasn’t been able to do for the last 7 years. The caller ranted a little about the government’s increasing control over our lives and then switched to Sean Hannity. Howard was just pissed that people like Hannity never acknowledge the fact that it was Howard’s trailblazing in broadcasting that made it possible for them to do what they do today. He said even Bill O’Reilly has acknowledged that fact, yet Hannity continues to ignore it. Caller #2: Wanted to know if he could be the “surrogate Stern” for Beth whenever she attended events that Howard could not. Howard played along, offering to take his name. At least that is until the guy said he was happily married and Howard hung up on him. Caller #3: Congratulated Howard on the fact that Beth was the most gorgeous, beautiful girl ever. Howard congratulated himself as well. He said Jim Belushi recently asked him if he “played the field” after he got divorced and he said he did for about seven months, but then met Beth and hasn’t looked back since. The caller then wanted to know what Howard thought of the new skateboard movie, “Lords of Dogtown”. Howard and Artie spent the next few minutes goofing on skateboarders. Caller #4: Asked Howard about the influence Soupy Sales had on his career. Howard said that he wanted to be in radio since he was five because of his dad. As a young kid, he would watch Soupy Sales’ TV show, “The Three Stooges”, “Officer Joe Bolton” and “The Munsters” and think how cool it was that these people could do what they did and make a living. He said he also read Mad Magazine a lot and that it was a huge influence on him. The caller thought that KROCK DJ, Booker, copied a lot of Howard’s personality. Howard said he hasn’t listened to Booker in a long time so he has no idea. Caller #5: Asked Robin if she would have writers for her new TV show since she didn’t seem to have any original ideas of her own on this show. Robin played along, saying she probably would have to hire some writers. The caller said she always seemed a step behind Howard and Artie and Robin said that was because she was a step behind. Howard didn’t agree at all. Then the caller asked Artie if he was following the Triple Crown at all and Artie said he didn’t get into horse racing unless someone was going for the Triple Crown. Robin said she was just about to ask him that.