Simon Says… Too Much

Jason Alexander Has a Children’s Book

Jason Alexander Has a Children’s Book 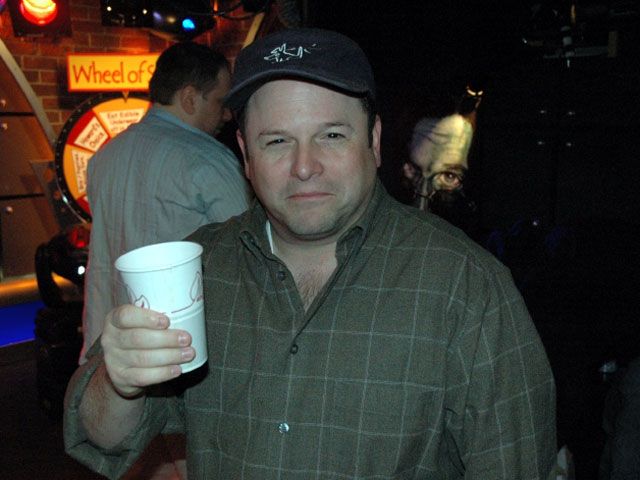 Actor turned author Jason Alexander visited the station to promote his new children’s book, “Dad, Are You the Tooth Fairy?”

While they waited for him to come into the studio, the staff talked about the fact Jason’s TV show “Listen Up” had fallen victim to the “Seinfeld” curse. Howard also read a little from the book which was 32 pages long and followed a boy named Gabey (as in Gabriel).

When Jason joined the show he revealed it had only taken him about 15 minutes to write because the idea stemmed from a real conversation with his son. He said it was his agent who got it published, and Robin Quivers suggested this could just become the beginning of a whole series of books.

Jason agreed, laughing the next one might be titled “Which Way Do I Wipe?”

Howard wanted to know what happened to his CBS series. Jason said he thought CBS had made a big mistake in canceling it, and he told everyone he could over there, but to no avail. Howard thought that he at least had the $13 Million he made on “Seinfeld” to fall back on, but Jason said most of that disappeared in the stock market. According to him, he had invested heavily in tech stocks and when they started to drop, his brokers had convinced him to ride it out a little longer. Unfortunately, he wanted to get out right before Sept. 11 but was unable to do so before everything dropped while the stock market was closed.

Howard wondered if Jason kept in touch with Jerry Seinfeld. Jason said that, while they are friends, he rarely sees Jerry anymore.