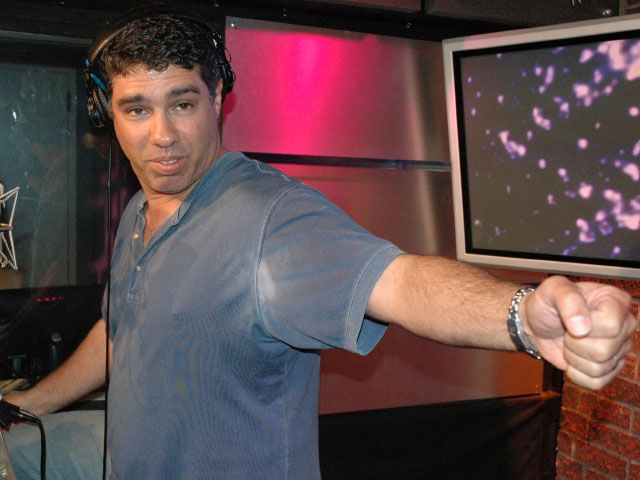 Singer Cyndi Lauper called in to talk about a benefit she’s doing tonight (May 23rd) in New York. Cyndi, Natalie Merchant and Sandra Bernhardt are performing at Irving Plaza in Manhattan to benefit an organization called the Theresa Fund. Cyndi said the fund helps pay the medical bills of a single mother who worked in the music business and recently died from lung cancer — leaving a 5-year-old son and a lot of hospital bills. If interested, you can still get tickets at www.ticketmaster.com.

Howard asked Cyndi if she would play the version of “True Colors” she did last time she was in the studio when she had a violin accompany her. He played a clip of that for her and Cyndi was amazed at how good it sounded. Howard asked Cyndi about the car accidents she was reported to have been in when she was much younger. Cyndi said there were 2 and one was bad enough to make her believe that she was definitely here on this earth for a reason, (which is why she is still here). Howard also wanted to know about her relationship with her step-father, but Cyndi thought this was beginning to sound too much like the Oprah Winfrey show so they moved on. Howard asked Cyndi’s opinion about Britney Spears and Jessica Simpson. Cyndi said that some recordings of Britney when she was much younger prove that she has talent, but she is not really into the music she does now. Cyndi has worked with Jessica and thinks that, although she doesn’t rehearse much, she does have a good voice. Cyndi told Howard that she was currently at her kid’s school and was using the phone in the nurse’s office and, towards the end of their conversation; she had to put the phone down to help a kid who had come into the office. Cyndi came back long enough to say she had to go find the first aid kit and then hung up, prompting Robin to wonder if Cyndi actually was the school nurse. Howard thought she had too much money to have to do that though.