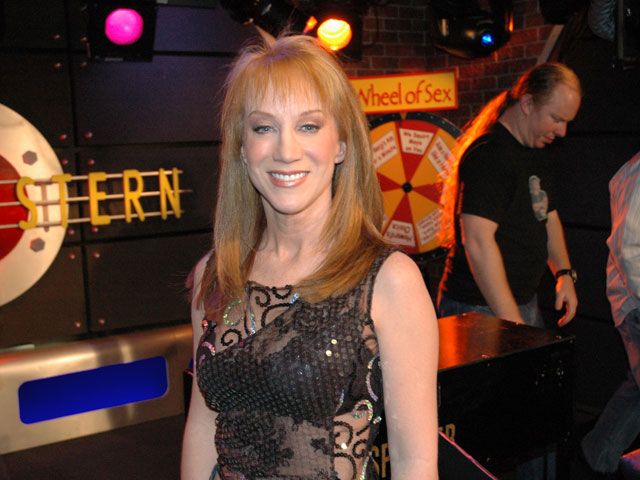 While waiting for Kathy Griffin to call in, Howard talked about an article he had read about the American Family Association. It seems that this group, which has often complained to the FCC about this show, was now trying to organize a boycott against the Ford Motor Company because it has publicly supported gay rights and offers benefits to same-sex couples. Howard couldn’t understand how anyone got away with forcing their beliefs on others the way this group does.

Kathy Griffin then called in to update the crew on her recent eye surgery. Kathy also wanted to lodge a complaint about the NY Post’s Page Six. It seems Howard isn’t the only one they print incorrect information about. She said they reported that she had minor surgery on her eye, but she didn’t think that 90 minutes of surgery and 17 stitches in her eye was considered “minor.” It also reported that she did not return to the doctor after the surgery, which was true, but Kathy wondered why she had to return to the doctor who screwed up in the first place. Her favorite quote from the article was from Kenny G (the musician) who thinks of the doctor each morning when he opens his eyes.

Kathy said she also thinks about the doctor every time she opens her eyes and sees the 17 stitches in her right eye. Howard pointed out that Kathy wasn’t trying to sue anyone and all she wanted to do was inform the public of the problems she has experienced due to this. Kathy said it hurts a lot and Robin wanted to know if she had to wear a patch for protection. Kathy did wear one for the first few days and she now has a pirate ship instead of a car. Artie likened the situation to the time John found a worm in his orange juice. Kathy reiterated that she wanted everyone to think twice before they get LASIK surgery on their eyes. Howard let Kathy plug her shows in Clearwater and Orlando this Friday and Saturday nights.

Robin suggested she wear her patch on stage and Kathy said she might, especially since “one of her gays” had made her a nice sparkly one. After she hung up, Howard pointed out that Kathy’s problems started after she had successful eye surgery, but went back for “an enhancement.” As Howard noted, there are many people associated with the show who have gotten eye surgery from show sponsor, Dr. Dello Russo, and have had no problems whatsoever.