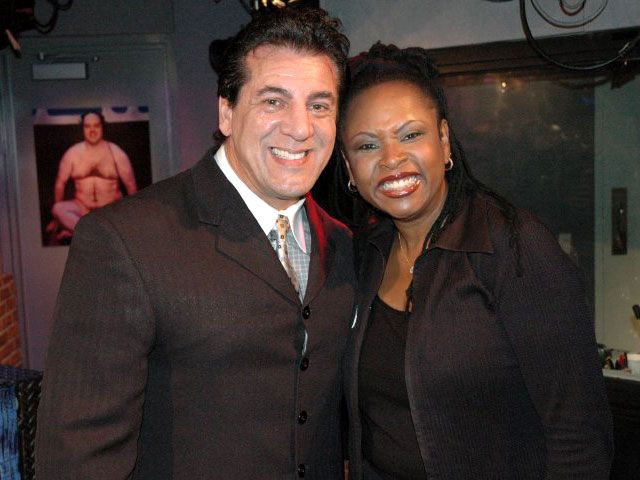 Friend of the show and former Hells Angel, Chuck Zito called in today to announce his new radio show. Chuck said he was inspired by Howard so he went out and got a radio show on small AM station in New Rochelle, NY. Howard wondered if the person who hired Chuck realizes they can never fire him. Howard asked Chuck if he’d kill any guest that got too boring, just to keep things interesting. Chuck thought that was pretty funny. Robin wondered what would happen to any guest who made the mistake of disrespecting Chuck.

Howard thought Chuck would knock them out on the spot, and Chuck agreed. This clinched it for Howard, who said he had to tune in to the show. Chuck said he was interested in replacing Howard when Howard left for SIRIUS and Howard told Chuck that he thought he would be a good replacement. Howard asked Chuck who he was dating these days and Chuck said “Rosie Palmer,” (aka his hand). Howard didn’t think this could be true though, joking that Chuck probably cut someone else’s hand off to do that. Chuck laughed. Chuck reiterated that he was inspired by Howard to do this. Howard then reminded everyone to check out Chuck’s show on New Rochelle’s WVOX 1460 AM Tuesdays from Noon to 1PM.