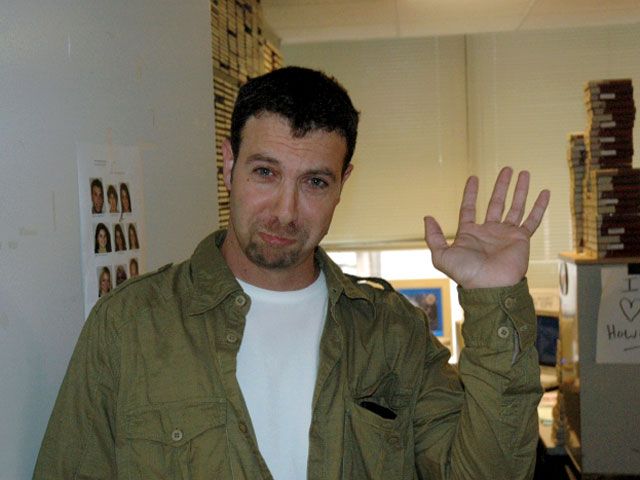 Howard said Doug has been the most emotional guy there this week. He recently wrote a great piece for the Website which now graces our homepage about his time on the show. Doug got his start in the business working as a producer for ABC News and was miserable. He said it was boring and was looking for a change when he met Scott Einziger who brought him in. Doug wrote some really nice things about his time with the show and said that Isaac Mark was the real emotional boy there, having almost broken down into tears last night at the office. Gary said Doug came into his office looking for a box this morning and it struck him that they really were leaving and Doug was packing up. Doug said that was really nice, but he was really looking for a box to put a “present” for High Pitch in.

Doug parlayed his producer career into managing one of the show’s favorite Wackpackers, Hank The Angry Dwarf. He said his favorite moment came when Scott The Engineer was challenged to do push ups for money and yelled at everyone for “welshing” on their bet by claiming he didn’t do enough when he thought he did. Artie remembered this bit well because he was listening to it with Norm McDonald on his way over that morning for his first appearance ever on the show. Doug also felt that Hank’s make over was a close second for all time favorite moment for him. Howard played a clip of Doug reading medical questions to a very drunk Hank who just mumbled the entire time. Howard said Doug is a great guy, a tireless worker and definitely a Type A guy.