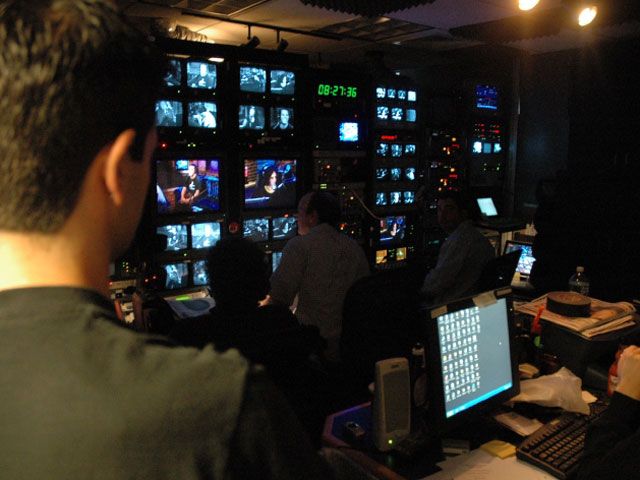 Howard talked a little about how the Howard Stern E! Show came to be. He said the E! show has been one of the greatest projects his career. He owes a great deal to one of the E! Networks founders, Jarl Mohn, formerly known as Lee Masters.

Way back when, Jarl worked for MTV and as a fan of the radio show, constantly asked Howard to do a show on MTV. Howard, however, knew that MTV didn’t have any money and wasn’t really interested in doing a show there. Jarl persisted though and was able to convince Howard to do one show as a guest VJ, back in the days when VJs actually played videos on MTV.

Howard said this was the last time MTV would ask him to be a VJ, saying it was a very wild show. He said at one point he had another, female VJ up on a pool table and it was very cutting edge.

Robin remarked it was so cutting edge that it cut the edge right off. Apparently, Jarl got in a little trouble for it too. Soon after the guest appearance, Jarl went on to help form what has become the E! Entertainment Channel and hooked Howard up with Fran Shea, who ran the network and was what Howard described as a true inspiration in his life. He said she remains one of his best friends and was one of the real innovators at E! He said Jarl and Fran had a plan for the network that rivaled the invasion of Afghanistan and got their little channel on to all the cable systems in the country.

These days, Fran is very happy as a mom and Jarl went on to help found CNET Networks and is worth billions of dollars. Howard credited Fran for shielding him from a lot of the crap that went on there and helping in re tooling the show, keeping it fresh and interesting. Howard also mentioned Marta Tracy and John Reiber who were also instrumental to the early success of the E! show. Finally, Howard did not want to leave his agent, Don Buchwald, out of this tribute. He said Don was the guy who took care of all the details and let him be creative.