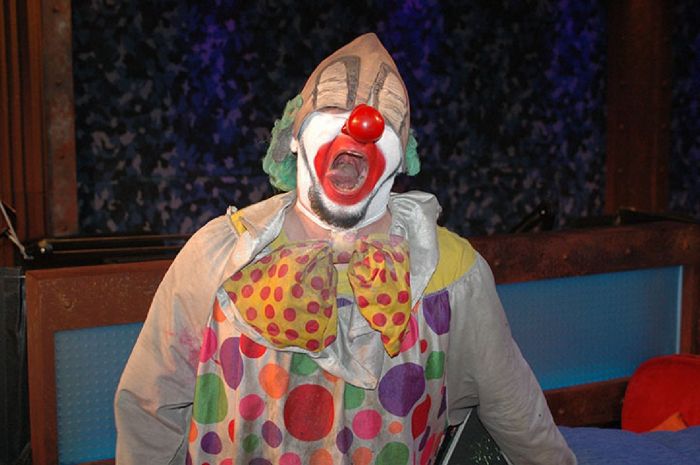 Sal mentioned he kind of felt bad for Bob Levy after this trip because he got sick at the airport on the way home. Bob told a security guy at the airport he wasn’t feeling well and when the guy pointed to where the bathrooms were, Levy leaned over the nearest garbage can and hurled.

Sal said that was just the end of a bad couple of days for Bob who had been introduced one night as Yucko the Clown – forcing Bob to yell out that he only wrote for Yucko’s TV show, “Stankervision”. Then the MC went on to say that Bob was the winner of the “World’s Meanest Customer” contest when it should have been Howard’s “World’s Meanest Listener” contest.

To add further insult to injury, Sal and Richard were drinking and talking so loud near the stage – oblivious to Levy’s act – that Bob had to stop and yell at them to cut it out. Artie told a funny story about being on the road with Levy at a hotel bar when Levy realized he did not have a clean shirt. Artie recalled that there was Target right across the street where Levy was able to buy a new shirt. The only problem was, the shirt was really ugly and Bob left the price tag dangling off it throughout all three shows.

Artie said that doing shows with Yucko and Bob was really tough on him because Yucko’s sex toys and Bob’s blue cheese dressing all over the stage, made it really hard for him to move around – especially when he was drunk.