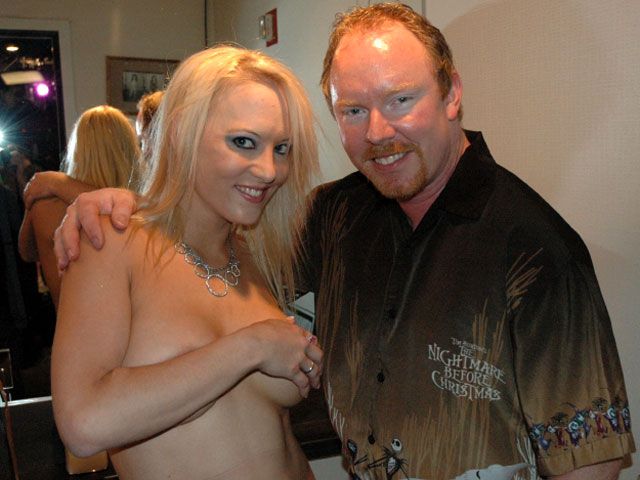 Before getting to the game, Howard read one more interesting thing in his notes about Becca. He asked if she was really raised by a preacher — which she said was true. Plus, she had gone to Jimmy Swaggert High School. Robin thought everyone did a rotten job raising her, which Howard thought was the point.

Richard went into the isolation chamber and Becca had 90 seconds to answer as many questions correctly, then it was Richard’s turn.

Here are the questions (and answers):

2. What star of ‘Face Invaders’ and ‘Dyke Diners’ was Penthouse Pet in December 1995? – Nikki Tyler

7. This former Penthouse Pet and star of ‘Dyke Inc’ and ‘Captain Morgan’ had a son with Seymour Butts in 1996. – Taylor Hayes

Richard only managed to get 3 right in the full 90 seconds, but Becca did even worse, scoring a big 0. You could practically hear the grin on Richard’s face over the radio when he realized where he’d be spending the next 5 minutes.

Becca said she really hoped Richard would come out to the Bunny Ranch to collect his prize, but was more than willing to go into the bathroom with him.

They went in while Howard tried to get the microphone in there to work.

When the audio finally came on, Richard was talking about everyone listening, which seemed to bother him more than it did her. He hammed it up for the radio, telling Becca to call him Cousin Brucie and moan loudly. They both laughed a lot and Becca cursed a few times, earning a few hits of the dump button. When they came out, Richard said he needed to wipe something up, but when Howard complained, Richard admitted that it was just baby oil. Bob said that’s what he calls his too.

Richard said they actually kept the bathroom pretty clean, but Howard said he was going to have it burned anyway. Before she left, Richard wanted to know if guys ever paid her to take their virginity. She said it happened a lot and wanted to know if Richard was a virgin. Richard said he wasn’t, but admitted to thinking about hiring a hooker to take his virginity when he was younger. He said he never had to resort to that though. Bob commented that it was a good thing all those farm animals were around then.