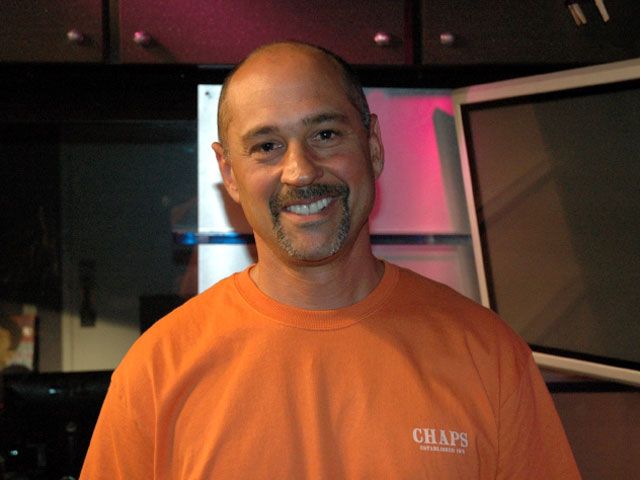 Jon talked about meeting the duo at their house, and that he was greeted at the entrance of the estate by people wearing masks and capes. He said that creeped him out and that he felt like he was in “Eyes Wide Shut.” However, he said both Siegfried and Roy were nice guys and that they were really excited about the show.

Jon said they were half way done making it when Roy was attacked by one of his tigers. Jeffrey Katzenberg, who was the executive producer, said the incident shouldn’t prevent the show from continuing, because he thought people would still want to watch it. Unfortunately, he was mistaken. The show was canceled shortly into its run, and Jon said since each episode cost at least $2 million, the network lost a great deal of money.

Baba Booey first appeared on Ross’ other show, “Hollywood Squares,” for a week in October 2003. Howard thought the show must’ve been really desperate if the producers were targeting people like Gary, and Jon agreed. To make matters worse, writers other than Jon thought it’d be funny if all Gary’s answers had “Baba” in them (ie: Ali Baba and Baba Ganoush). Also, in the beginning of his run Gary’s real name was used in his square, so because contestants didn’t know how to pronounce Dell’Abate, they wouldn’t pick him. When the producers changed his name later in the week to Baba Booey, the contestants thought his name was Bob, and that’s what they called him when they picked him.

Howard wondered why the producers didn’t go after Artie, and Artie said they did but that he turned them down because he’d already done the show in 1999. Because of poor ratings and her high salary, Whoopi Goldberg lost her Center Square and executive producer job. Henry Winkler was then brought in to attract big-name celebrities like Leonardo DiCaprio and Bruce Springsteen to the show, but that didn’t work. Because Jon knew they’d never be able to get those kinds of people to do “Hollywood Squares,” he pitched the idea of having lesser-known comedians like Brian Reagan and Patton Oswalt be guests.

Gary knew the show was in serious trouble because when he first appeared on it, the Center Square was Alec Baldwin and the food and gifts were great. However, the last time he was on the Center Square was Martin Mull and there was nothing to eat on the set. Jon said Rodney Dangerfield was on the show toward the end of his life. Although he loved Rodney as a comedian, Jon said he was a good advertisement why you shouldn’t do drugs when you’re in your 70s. He talked about how Rodney would walk around the set with in nothing but his robe, shirt and underwear, but that he could still do his act.

There were also times Rodney wouldn’t listen to the questions and would just keep to the original script even if it changed. When that happened, Rodney’s answers had to be shot again, which Jon found depressing. Jon has been a fan of Howard’s for years, and he said it was an honor to be on the program.

In January, he will be in a show on HBO called “The Louie C.K. Show,” which he described as the first dirty sitcom ever. Jon is also one of the performers in “The Aristocrats,” he said the movie made $250,000 this weekend – on only four screens.