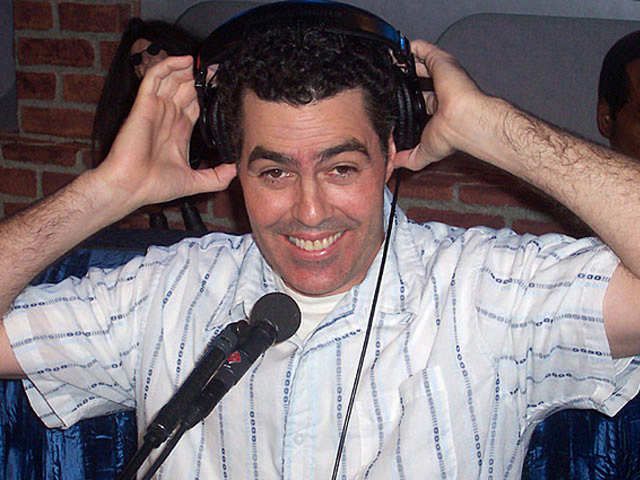 Adam Carolla called in this morning and Howard asked him about the news he’d been hearing that Adam would be taking over some of his radio markets when Howard moves to satellite.

Adam confirmed that the rumors were true, and that he will have his own morning show airing in Los Angeles, San Francisco and San Diego when Howard leaves. Howard thought Adam must’ve been offered a fortune to do the show, because Adam had said all along he could never get up that early. Adam admitted he wasn’t thrilled with the idea of starting his show at 6 a.m., but he was even more upset when he learned he’d have to be there each morning at 5 a.m.

He thought if the show didn’t start until 6 a.m., then it wouldn’t be a problem if he showed up at 5:59 a.m. He also wondered why he can’t just play the final hour of the previous day’s show at 6 a.m., because no one would be listening that early anyway. He pointed out that so many people listen to Howard’s show from beginning to end, but that people who tune into his program will only listen for five minutes, so they won’t even know if some of it was repeated. Adam mentioned that everyone in the radio business he’s talked to have said Howard won’t be let out of his contract early unless he turns his show into a commercial for SIRIUS. In addition, Adam had not been asked if he’d be able to start his show before January, which suggested that Howard will probably be on regular radio until his contract ends.

Besides the radio news, Adam also wanted to talk about two television shows he has in the works. The first is “Too Late with Adam Carolla,” which airs at 11:30 p.m. on Comedy Central, and the second is a show on TLC in which Adam buys and renovates a home to see if he can then sell it for a profit.