So Long to a Friend

Charlie Murphy Is an Open Book 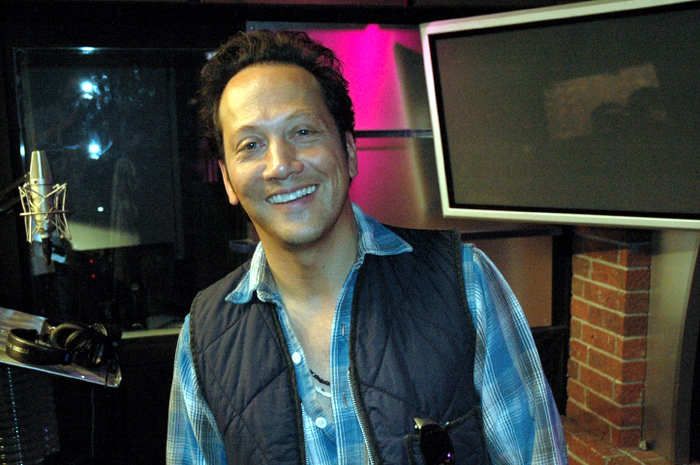 Rob said that, since the first “Deuce Bigalow” received an R rating even though it wasn’t that bad, he decided to really push some limits with this movie. He was confident that Disney, which produced the original movie, wouldn’t have let him get away with what Sony did.

Howard loved the first “Deuce Bigalow,” and he said there’s no funnier premise than a bunch of ugly guys pretending to be male gigolos. Rob said it really is a funny plot, and that everyone had fun going to Amsterdam to make the new movie. Because both pot and prostitution are legal there, Rob said there was always temptation around him, but he didn’t give in much. He claimed he was more focused on putting together a funny film than anything else.

Rob talked about walking with Norm Macdonald, who plays a male hooker in the movie, down a street lined with prostitutes in booths. Norm kept telling Rob he thought the prostitutes especially liked him because they kept smiling at him. Artie didn’t think Norm understood technology too well, because he said Norm called him from Amsterdam once and yelled the entire conversation because he was calling from another country. Rob said the heads of the studio couldn’t afford to pay Norm for his role, so Rob covered the cost for them. He added he was glad he did because Norm is hysterical in the movie.

Rob mentioned that it was a little weird to have O.J. Simpson on the red carpet at the premiere of “Deuce”. He said many women, including his own mother who was also at the premiere, don’t believe O.J. killed Nicole Brown and Ron Goldman simply because he’s good-looking. Rob said David Spade and Adam Sandler, who was one of the movie’s producers, showed up for the event as well.