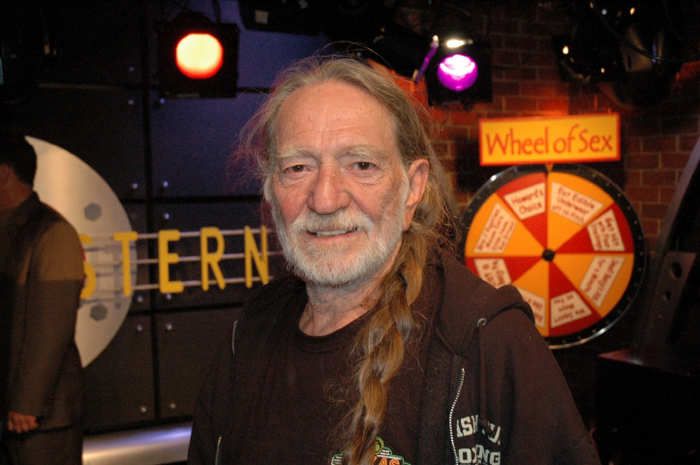 Willie Nelson stopped by to talk about his new album, “Countryman,” as well as his role in “The Dukes of Hazzard.” Howard said Willie was the only country artist he has ever liked.

He also mentioned that even though he is now divorced, he got married to Willie’s cover of “I’ll Be There.” Willie commented that the shortest fairy tale is about a guy who asked a woman to marry him, she said no, and they both lived happily ever after.

Willie said his first big song was “Crazy,” which was originally covered by Patsy Cline. He joked that the original title was “Stupid.”

Howard asked Willie if he had already smoked weed this morning, and Willie said he had. He told Howard that he doesn’t have a daily smoking routine, but that he smokes morning, noon and night. Howard commented that if pot didn’t make him so paranoid he’d love to smoke with Willie. Robin wanted to know if Willie thought marijuana had gotten stronger over the years. He responded that it definitely had. Given this, he no longer has to smoke as much as he used to because it’s so potent nowadays. Willie added he is so well known for his pot smoking that people just give it to him for free. He said he can still handle it, so he won’t give it up. However, he had had trouble dealing with alcohol, so he quit drinking.

On the Set With Willie 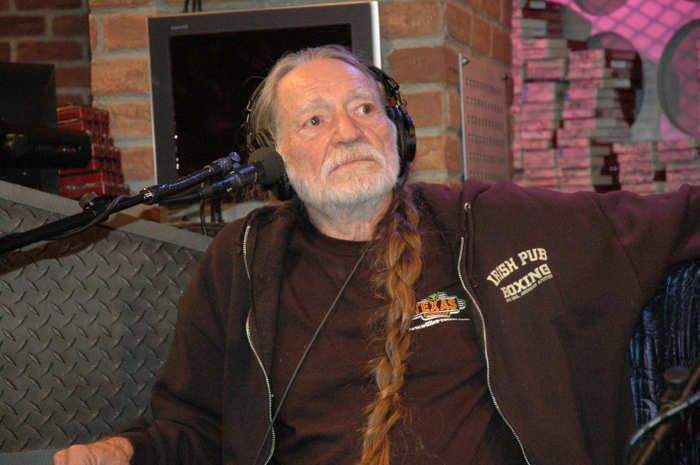 In the “Dukes of Hazzard,” Willie plays Uncle Jesse. Howard said how he finds Jessica Simpson, another star of the film, to be extremely hot. Willie agreed, and noted that she also has beautiful eyes. He said Jessica doesn’t smoke weed, so he wasn’t able to get high with her. Willie said that his costars, Johnny Knoxville and Burt Reynolds, were great on the set. Howard wondered if Willie tried to smoke Burt’s toupee, but he didn’t. Willie informed Howard that Burt wears lifts in his shoes, which Howard found odd. He thought that once you got to be Burt’s age some of your vanity would go away. Howard added that everyone seems to love Burt, so he must not be that bad of a guy. Willie agreed.

Willie talked about how great his fans have been to him throughout his career. He said that when he was having problems with the IRS, his fans would buy his stuff at auctions and then give it back to Willie. That’s how Willie got back his ranch. Howard thought his fans would never do that kind of thing for him. Willie said his money situation has been taken care of, and that he was recently told he could retire anytime he wanted to do so. 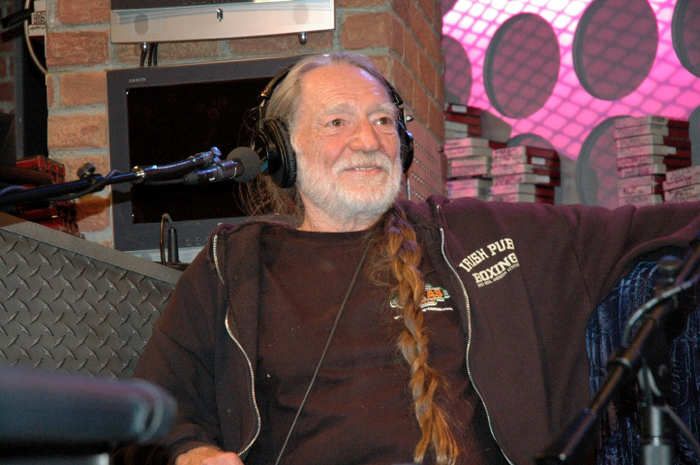 Willie said “Countryman” is a reggae album. Howard commented that Willie always seems to be trying out different kinds of music styles. Howard asked Willie what he thought about the war. Willie recorded an antiwar song called, “Whatever Happened to Peace on Earth?” He added many of his colleagues didn’t agree with his stance on the topic. However, Willie was against the invasion from the start, and he said it was time for the troops to come home.

Although he is currently touring solo, Willie just finished a tour with Bob Dylan. Howard said Bob was a genius, but he seemed to be a kook. Willie told Howard he really isn’t all that weird. Willie also talked about playing chess with Ray Charles at a hotel room in Texas some years back. Ray had a Braille set that they used. Willie said that Ray beat him, which would’ve been humiliating if it was any other blind person other than Ray Charles.