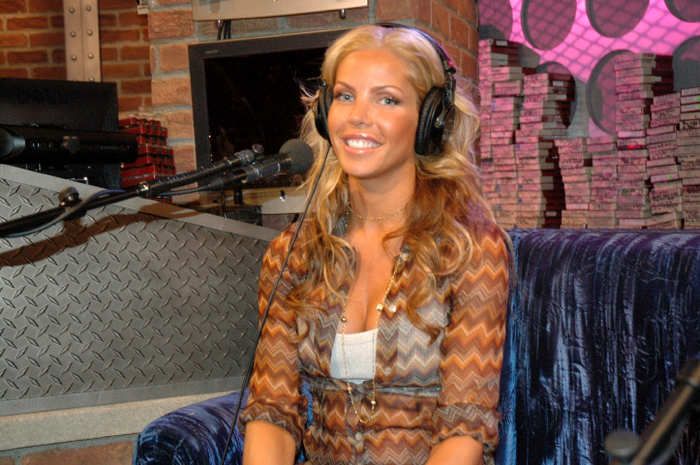 Photo: The Howard Stern Show
Jose Canseco’s ex-wife, Jessica, dropped by to talk about her spread in this month’s Playboy, as well as her new book, “Juicy: Confessions of a Former Baseball Wife.” Howard commented that men are vile because they want certain women, do anything they can to get with them, marry them, and then suddenly dump them. Jessica felt that was exactly what happened to her with Jose. She met him when she was working as a waitress at a Hooters in Cleveland when she was only 19, and he pursued her intensely. They ended up getting married when she was 21. As time went on though, Jessica said it became obvious to her that Jose was cheating on her. However, she went back to him three times despite the way he was treating her. She claimed Jose has been asking her to get back together recently, but she refuses to do so. Gary said that when Jose was on the show recently, he told Gary they should have Jessica on. From the way Jose was talking, Gary thought the two of them were dating again. Jessica told Gary, however, that was not the case.
Previous Show Next Show