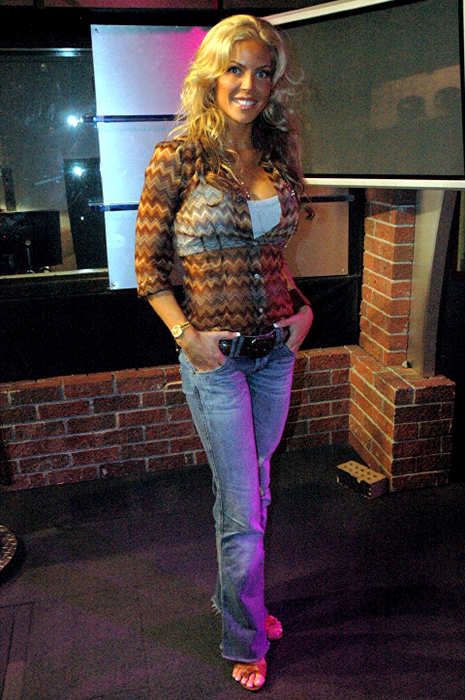 Photo: The Howard Stern Show
After watching Jose wear stockings and panties in an episode of the “Surreal Life,” Howard wanted to know if Jessica thought he was a little gay. She said Jose was as straight as they come. Howard mentioned that Jessica looked too muscular in her Playboy pictures. She admitted she was, in fact, heavier then and was pretty ripped because of all the kickboxing she was doing. Howard told her she was much hotter in person than she was in the magazine – something that rarely ever happens.
Previous Show Next Show