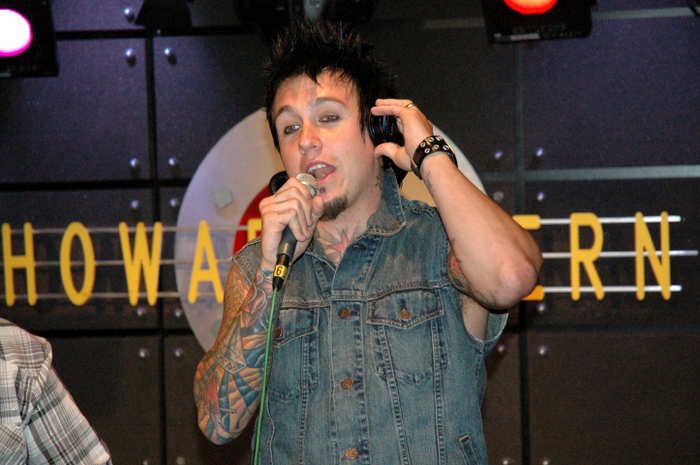 Papa Roach came into the studio to play one of Robin’s favorite songs, “Scars”, from their new album, “Getting Away with Murder”. Howard noted that the last time the band was on the lead singer’s name was Coby Dick, but now it was Jacoby Shaddix. Jacoby said he decided to go back to using his original name. Howard asked Jacoby if he remembered when they hung out together at an MTV awards show some years back.

Jacoby said that he didn’t recall the night because he was too drunk. He added that he recently quit drinking, although he wouldn’t mention specifics behind his motivation. He did suggest, though, that his wife wasn’t too pleased with some of his behavior on the road, which Howard guessed lead to his decision. Jacoby said he was in the band physically but not mentally when he drank.

Artie noted that he had the exact opposite problem with the show when he was drinking. 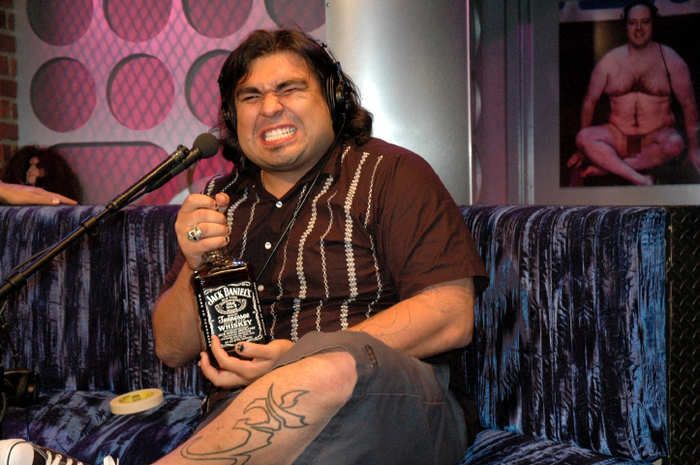 The band’s drummer, Dave Buckner, was married to Steven Tyler’s daughter, Mia, but they had since split up. Gary felt what made the situation even worse for Dave was that he went on “Celebrity Fit Club,” a show in which Mia participated, and professed his love for her. Dave told Howard he was heartbroken over his divorce, and that he would love Mia for the rest of his life. To help ease his pain, Artie gave Dave a super-sized bottle of Jack Daniels.

Howard asked Jacoby if it was difficult watching Dave drink, but he responded that it wasn’t because he only drank vodka. Sure enough, Artie also had a bottle of vodka stashed away. Jacoby said he was stumbling just looking at it, but that he didn’t want any.

Back on Top Again

After Papa Roach played an acoustic rendition of “Scars,” Robin once again said how much she loves the song. Jacoby explained that it was written about a friend of his who was into drugs, and how it felt to watch that friend damage himself. Jacoby credited his new creative streak to the fact that he stopped drinking. Robin mentioned that not only was his music affected by the change, but so were his looks. She said he lost a lot of weight and that he looked hot. Howard felt it must be hard being a musician because you always have to be creative, but you can never lose the sound that attracts fans. Jacoby said the band has experienced both ends of the spectrum in terms of album sales, and that when you’re not perceived as being “hot,” no one pays attention to you. He added that the band is on a high with their newest record and that they were just informed it was certified platinum.