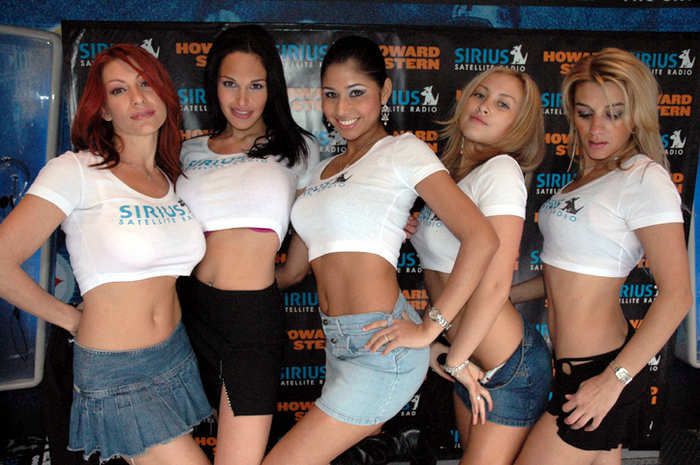 Photo: The Howard Stern Show
A caller wanted to know when Howard would broadcast on satellite if he were let out of his contract with Viacom early. Howard responded that if they were fired, he would go on the air the next day. If they don’t get fired, though, his first show on SIRIUS will be Monday, January 9, 2006. Howard mentioned there were still rumors of them leaving regular radio in October, but he found out that in order for this to happen, SIRIUS would have to buy out the remainder of Howard’s contract. Howard thought that was ridiculous because there are only four months left before they leave. Howard said that he has had a number of meetings lately with people from SIRIUS, and that he is really excited about what is coming up. Although he probably won’t be on satellite until January, Howard’s stations launch at the end of next month, so he is busy planning the channels and putting together the shows that will air in September. Howard said satellite will allow him to do what he loves without any of the restrictions he has faced throughout his career on regular radio.
Previous Show Next Show