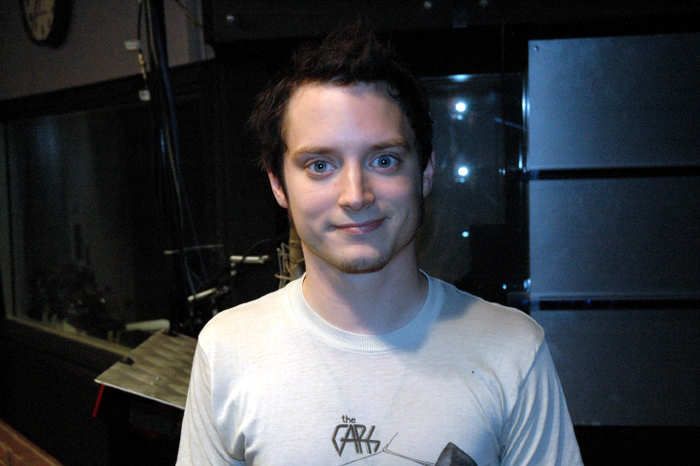 Actor, Elijah Wood made his first-ever appearance on the show today to talk about his new movie, “Green Street Hooligans.” Howard liked the idea of Elijah doing this kind of film, which is about English soccer hooligans, because it will allow him to distance himself from the character of Frodo, whom Elijah played in the “The Lord of the Rings” trilogy. Elijah commented that was his plan. He added that although he would consider acting in more blockbuster movies, he now wants to spend some time working on smaller films that are more character-driven.

Elijah told Howard he got into acting at a young age thanks to mom. However, he promised she was not the stereotypical “stage mom.” Instead, she thought it would be fun for Elijah to be in a few commercials and see what else came along. As he got more serious roles, though, Elijah and his mom moved from Iowa to Los Angeles. His dad ending up joining the family for a while, but relocated back to Iowa after he and Elijah’s mom divorced. Elijah mentioned that neither he nor his siblings have spoken to their father in years. Robin said she could relate to Elijah because the same thing happened between her and her father when she was young.

A Bit of a Disappointment

Since Elijah became rich and famous at such a young age, Howard figured he would have some wild sex stories. He read that Elijah was involved with both Bijou Phillips and Mandy Moore, but Elijah claimed those were just rumors. He added the only famous girlfriend he has ever had was Franka Potente, of “Run Lola Run” fame. Further, Robin was shocked to learn that Elijah waited until he was 17 before he had sex for the first time.

Despite the huge amount of money the “The Lord of the Rings” movies took in, Elijah earned only $1 million for all his work. To make matters worse, he had no residuals in the movies, so he won’t be seeing much more cash from his role as Frodo. Artie informed Elijah that he just received a $20,000 residual check for his part in “The Bachelor,” which made about $30 million at the box office.

Howard said KROCK board operator, Luis, is a huge fan of “The Lord of the Rings,” so he came in to meet Elijah. Luis commented that he bought both versions of each “The Lord of the Rings” movie when they were released (the regular and the director’s cut versions), and that he won’t let people borrow them unless they promise to return them in mint condition. He added that he saw the first installment of the trilogy seven times at the theater. Howard noted that Elijah seemed to be a little scared of Luis. However, Luis informed Elijah that it was people like him who helped the movies make more than $1 billion.