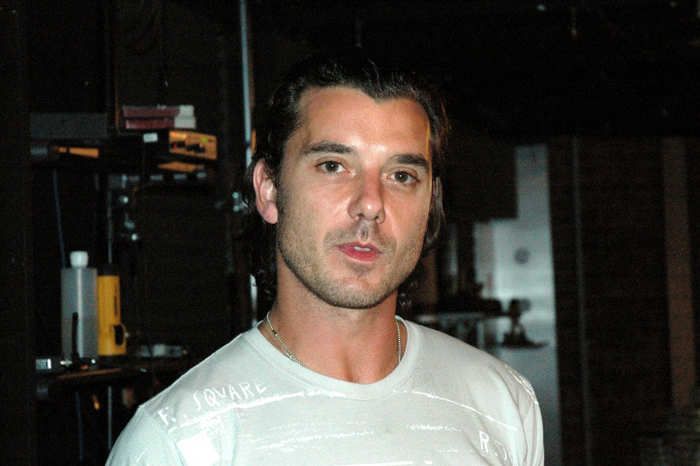 Gavin Rossdale, formerly of the band Bush, came into the studio to promote his new band, Institute, as well as their album, “Distort Yourself.”

Gavin told Howard that his old band, Bush, split up because its guitarist, Nigel Pulsford, wanted to spend more time with his infant son. He admitted he could’ve found a new guitarist and they could’ve carried on as Bush, but he didn’t want to dilute everything the band had accomplished by changing members. Therefore, Gavin went out and found some musicians from Brooklyn, and they formed Institute.

Gavin went on to say the record company loved the idea of the new band, primarily because of its freshness. Howard played some of the tracks off “Distort Yourself” and he liked the heavy sound. Gavin mentioned that Institute will be going out on tour next month to promote the album.

He Can Only Talk the Talk

Howard brought up that even though he tells Beth he wants her to be successful, he still gets jealous occasionally when she gets attention. Therefore, he wondered if Gavin felt the same way about Gwen Stefani, who is one of the biggest stars in the music industry.

Gavin recognized Gwen’s accomplishments, and said he deals with them in two ways. For starters, the pop world of which Gwen is a member is different than Gavin’s rock world in that more pop records are purchased than rock records. Secondly, he pointed out that her success motivates him to do the best he can. Gavin added that if one of his records fails, Gwen would never be more disappointed in him than he would be in himself.

Gary revealed that Gavin recently found out he has a teenaged daughter. Gavin told Howard the story was true, and that he is trying to work it out so he can get to know his child. He also said that the girl’s mother never notified him about their daughter, so it wasn’t as though he was trying to dodge the issue. Gavin mentioned that Gwen took the news well. Howard wondered if the two of them wanted to have kids of their own. When Gavin responded that they did, Howard advised him that they find someone besides Gwen to carry the baby because her body is too perfect to be ruined by giving birth.