Danny Bonaduce and His Wife Gretchen Visit the Stern Show

Danny Bonaduce and His Wife Gretchen Visit the Stern Show 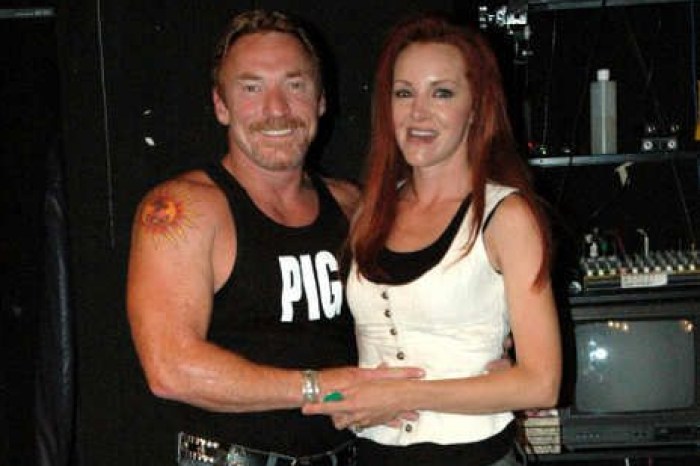 Danny and Gretchen Bonaduce stopped by to talk about their new VH1 reality show, “Breaking Bonaduce.” Howard told them that the program was the best thing on television. He added that when the premiere came on, Beth O. wasn’t interested in watching it, but that by the end of the broadcast she was hooked. Howard commented that he had no idea just how out of control Danny was. Danny told Howard that the show’s producer wanted him to come off as at least semi-likeable during the first show. Now that the initial episode is done, Danny assured Howard that he hadn’t seen anything yet.

Howard pointed out how attractive Gretchen was. This made him wonder why she stayed with her husband, given all he had put her through. Gretchen responded that she loved Danny and wouldn’t leave him unless he cheated on her again. Danny commented that the affair he had was one of the most disturbing things he ever did because of the way it affected Gretchen.

Despite her claim, Howard wasn’t convinced Gretchen would leave Danny if he did stray again. When Danny admitted that it would be tough for him to never have sex with another woman, Gretchen said that she couldn’t focus on things that haven’t happened yet. She added that Danny hurt her badly when he cheated, and that she wouldn’t put up with that kind of behavior again.

One of Howard’s favorite parts in the “Breaking Bonaduce” premiere was when Danny threatened the couple’s therapist after he mentioned their children. Howard felt that a huge part of Danny’s therapy must be about his kids, so he wondered why he got so defensive. Danny said that, although it made sense for the therapist to bring up his kids, he just wanted to protect them.

Gary pointed out that if Danny really wanted to look out for his kids, he wouldn’t take his 9-year-old daughter to film auditions, as he was seen doing in the first episode. Gretchen explained that this wasn’t a concern anymore, because their daughter decided she didn’t want to be an actress after all.

Show Him the Money

Gary read a story recently that the Bonaduces were buying a multi-million dollar home, and he wondered how Danny got that kind of money. Danny mentioned that the radio jobs he had paid very well. He admitted, though, that he didn’t receive a great deal of money for the first season of “Breaking Bonaduce.” However, Danny said that if the show makes it to DVD, both he and Gretchen would be well compensated because they are the program’s executive producers. In addition, he noted that if VH1 was interested in a second season, he would renegotiate his contract so that he got paid accordingly.