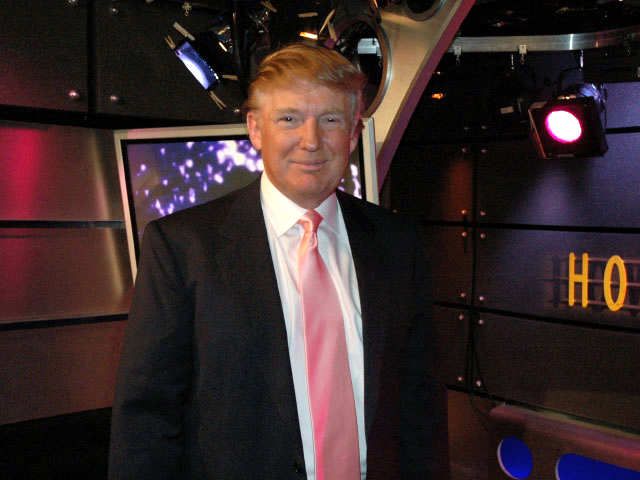 Donald Trump called in to discuss his appearance on the Emmys Sunday night, as well as the new season of “The Apprentice.” Howard told Donald that it was great hearing him sing during the ceremony and that it was even better seeing him in overalls.

Donald explained that the producers of the show approached him about singing the theme to “Green Acres” months ago, but that he refused. After weeks of coaxing, though, Donald decided that with a big enough band accompanying him, even he could belt out a tune without too much of a problem. Donald added that he didn’t know what overalls were when the producers informed him they would be part of his wardrobe, but he thought they looked all right once he got into them. He admitted that despite all the rehearsing he did, it was still nerve-racking when he walked onstage and realized that he’d be singing to 40 million people.

Some of the actresses Donald talked about seeing at the Emmys were the women from “Desperate Housewives.” Howard mentioned that he can’t figure out why everyone is making such a big deal about these women, so he asked the Donald, a man who knows a thing or two about beauty, to rate their looks. Donald commented that Nicollette Sheridan has gotten too skinny, so she is a four, while Marsha Cross is either a four or a five. He went on to say that Teri Hatcher is always nice to him when they see each other, but that she is only a six.

Eva Longoria earned the highest score on the Trump Meter, receiving a seven. Given these low scores, Howard wanted to know which women blew Donald away with their physical beauty. Donald responded that no celebrities really do it for him, and that he thinks the most attractive women are people no one has ever heard of. However, Howard was curious what he thought of some specific famous women. Of the celebrities Howard mentioned, Donald gave the highest score to Paris Hilton, while people like Jessica Simpson, Gwen Stefani and Halle Berry didn’t quite measure as high. 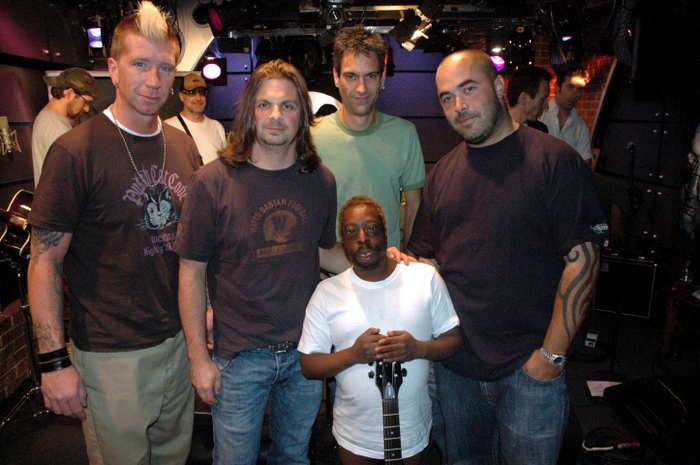 Howard relayed a theory a friend of his had about Donald, which was that he was Jewish. Howard explained that, according to his friend’s logic, Donald was Jewish because he grew up in a part of New York known for its Jewish population, and that “Trump” is a made-up last name. Howard admitted that he bought his friend’s story for a while, but no longer believed it was true. Donald commented that, although he is in a business where a high percentage of people are Jewish, he isn’t a member of the faith.

On the latest installment of “The Apprentice,” Martha Stewart is acting as one of Donald’s consultants. However, Howard told Donald that he has heard the two of them aren’t getting along. Donald assured Howard that isn’t the case, and that they have a great relationship. In fact, he noted that he chose Martha to be on his show because they are so close.

Howard also asked Donald about stories he had read that a contestant on this season’s “The Apprentice” used to be a stripper, and that a customer, who had fallen in love with her, killed three people to get money to pay for lap dances from her. Donald reported that the news about the woman was true. He also pointed out that not only is the contestant gorgeous, but that she is extremely smart as well. To illustrate his claim, Donald told Howard that the same guy who murdered the three people to get lap-dance money actually held the woman at gunpoint. Because of her intelligence, though, Donald said she was able to talk the guy into handing over the gun.

Eric the Midget got on the line to propose that Donald open a hotel in Las Vegas designed exclusively to house professional sports teams. As an added bonus, Eric recommended all the teams would be able to play their home games there, even though the city has no professional sports teams. When Donald commented that it sounded like a complicated plan, Howard advised Eric to submit his idea in writing. Howard informed Donald that he didn’t have to be nice to Eric, so Donald told Eric, “You’re fired.” Artie noted that in order to be fired, Eric would first need to find a job.