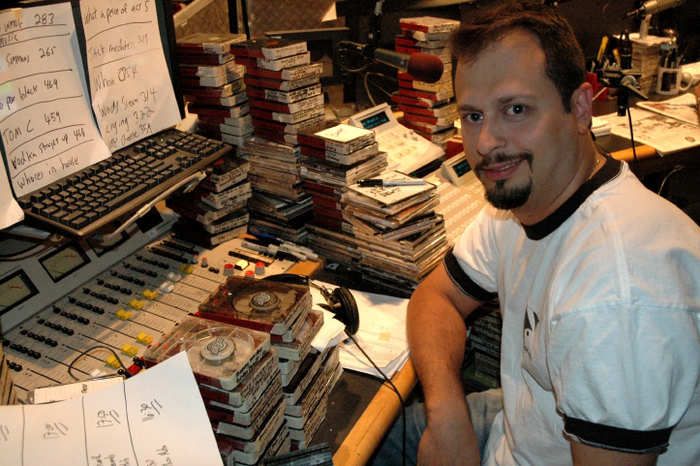 Howard started off the show by noting that Sal Governale would be sitting in the next two days for Fred Norris, who was tending to a sick family member.

Robin Quivers observed that Sal never looked more scared than he did this morning next to all of Fred’s equipment.

Gary Dell’Abate reported that Sal spent a good chunk of yesterday afternoon preparing for his new role, and that he even wanted to call Fred to ask him some questions.

Howard pointed out that he liked that Sal had such a strong work ethic, and noted that was one of the reasons he was chosen to sit in for Fred. Sal commented that Howard gave him words of encouragement about his new post yesterday by telling him all he had to do was keep quiet and not do anything.

To see how sharp Sal was with the sound effects, Howard tested him out a bit. However, when Howard said there was a rain storm outside and a car coming, hoping Sal would be quick on the buttons, all Sal did was make the sound effects with his mouth. After this, Howard told him he should go back into the office.

As the conversation continued, Robin pointed out that Sal was playing sound effects that had nothing to do with what they were talking about.