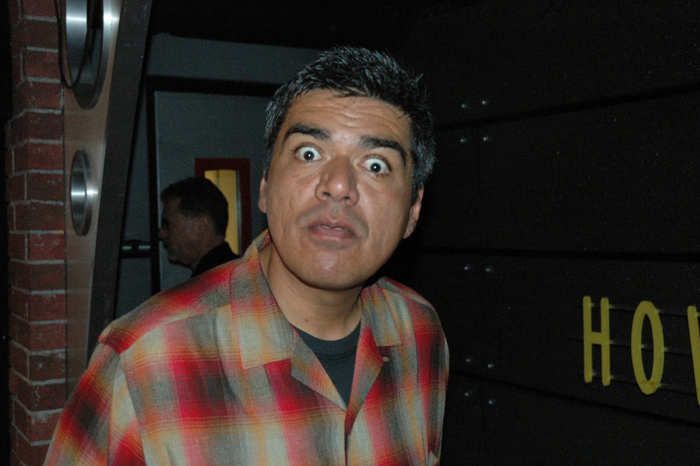 George Lopez came into the studio to promote his sitcom, “The George Lopez Show,” as well as his new stand-up DVD, “Why You Cryin’?” George mentioned he was depressed waiting in Howard’s green room because there was nothing in it. Howard admitted that he was embarrassed that guests have to wait in there, especially because people think they can use it as their own personal space now that the show is leaving in a short time. To make matters worse, Howard informed George that there are, in fact, two green rooms for the show, and that George was actually sitting in the nicer one.

Howard wondered what George thought about the marriage of Ashton Kutcher and Demi Moore. George explained how he once dated a woman 13 years older than him when he was in his early 20s. George remembered being so unhappy with the woman that he used to go to bed at 6:30 p.m. every day just so he wouldn’t have to see her that much.