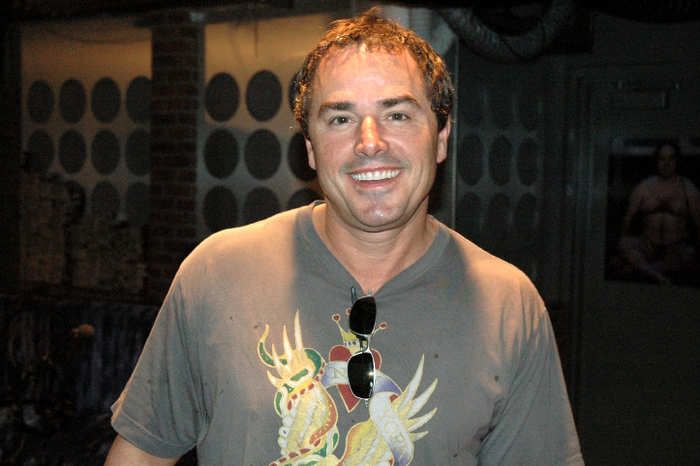 Christopher Knight, best known as Peter Brady of “The Brady Bunch,” and his girlfriend Adrianne Curry visited the studio to talk about their VH1 reality show “My Fair Brady” and their relationship.

The couple lives together on the show in Chris’s mansion and Howard wondered how he could afford such a luxurious place.

Chris explained he lives a comfortable life because of the work he’s done the past 20 years in the high-tech field. Chris went on to say that, unlike some of his costars from “The Brady Bunch,” he knew from the start he didn’t seek the attention the show brought him. Given this, he said he has lived a pretty quiet life outside of the public eye.

However, Chris admitted that being offered a part in “The Surreal Life,” where he first met Adrianne, appealed to him because he was getting bogged down by his desk job and needed a change of pace.

Chris later told Howard that he was married twice but has no children. He added that he once dated Cindy Margolis, although he was never able to seal the deal with her. He claimed he didn’t pursue a physical relationship with Cindy because of the couple’s age difference, an explanation Adrianne said she didn’t necessarily believe given Cindy’s beauty.

Howard commented that, based on what he has seen on “My Fair Brady,” Chris is attracted to Adrianne but finds her personality annoying. He also theorized Adrianne is totally in love with him. Even though Chris acknowledged Adrianne does get on his nerves occasionally, he said he is trying to work on some of his hangups in order to make their relationship last.

Not Up to Snuff 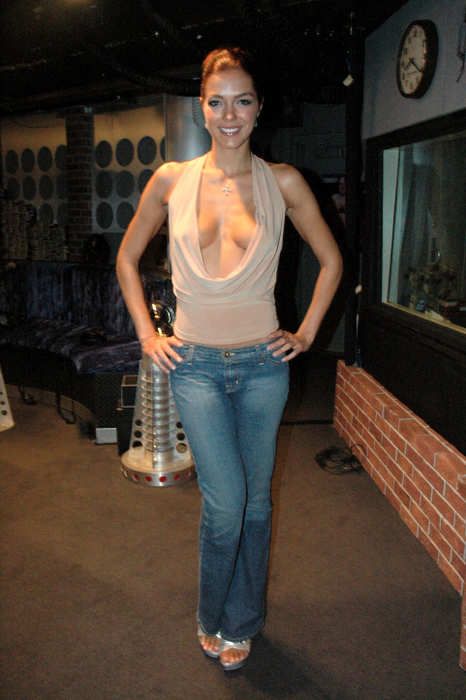 Adrianne was the winner of the first season of “America’s Next Top Model,” although she noted the prize was actually just the title and not much more. She went on to say that she received a total of only $300 from the show as well as an offer to do some convention work for a beauty supply company. 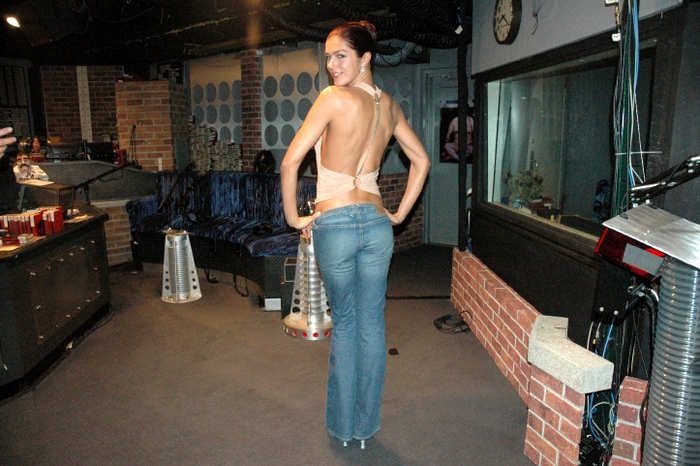 Adrianne admitted that before Chris came into her life she was close to being a full-fledged lesbian. She revealed that she first started experimenting with girls when she was 12 years old, explaining things really started to snowball after she became a professional model.

The More the Merrier 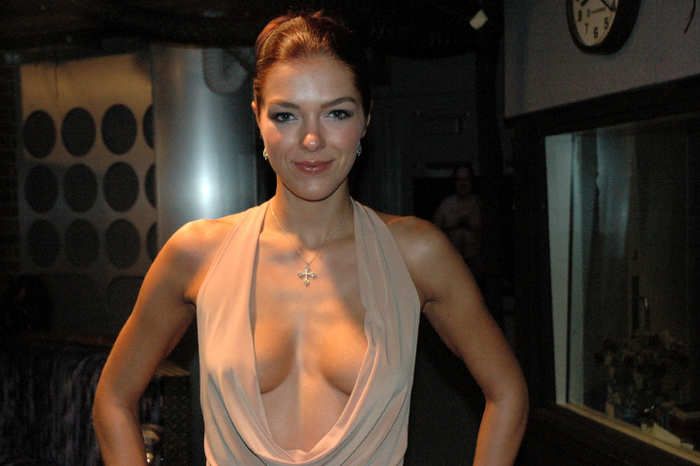 Since she’d been so into girls for most of her life, Howard wondered if Adrianne ever thought about bringing a girl to bed for Chris.

Although she said she has asked him about it, Adrianne responded that Chris doesn’t want her to do that because he claims he’d get jealous. However, Howard informed Adrianne that was the standard answer Chris would have to give and that she should start reading between the lines.

Chris admitted that, although the idea of being with two girls doesn’t make him sick, he said that Adrianne by herself is almost more than he can handle. He also told Howard Adrianne is so good in the sack that he doesn’t need to take Viagra.

Adrianne mentioned the only famous girl she ever slept with was a Guess model. She recalled sharing a hotel room with her in Italy and, before she knew it, the two were in bed together naked.

Co-host Robin Quivers warned Chris not to let Adrianne get too close to this hypothetical woman, however, because the two of them could fall in love and run off together.

Adrianne informed Robin that would never happen because she views other girls the way men do, as nothing more than mere objects. 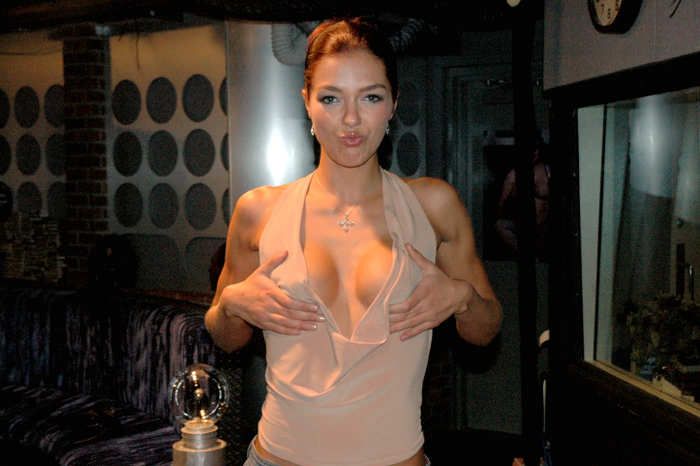 Howard advised Chris not to give up on Adrianne but jokingly recommended they sign a pre-nup should they ever get married.