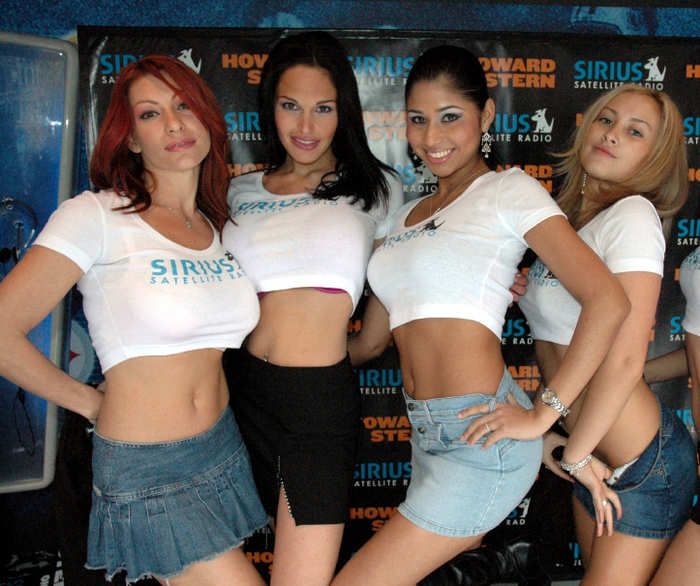 Howard announced that SIRIUS has been getting so many subscribers recently that its chief competitor, XM, is planning a big fourth quarter advertising campaign.

Howard brought up that five years ago seven people from XM came to his apartment to give Howard a two-hour presentation about the company.

Howard recalled being so bored that he almost fell off his couch and that at the end of it, instead of making him an offer, one of the execs asked, “What do we do next?”

Howard recalled that they had had so many meetings at that point without anything getting done that he felt the people at XM couldn’t have been that interested in him. Howard felt that there are two types of guys in this world: the ones who ask a beautiful woman if they can kiss her; and the ones who just go for it without asking. Howard said he prefers the latter and that was exactly what SIRIUS execs did.

Howard also noted that, while SIRIUS had roughly 600,000 subscribers before Howard announced he was moving there, the company now has more than tripled that number. Howard admitted that more people subscribe to XM at the current time, but that is because XM has been around longer than SIRIUS.

In addition, he said XM has a deal with GM, which equips their vehicles with the service, thus upping its subscription total. Howard mentioned now that SIRIUS has made deals with Ford, DaimlerChrysler, BMW, Toyota, Nissan and many more, it will easily produce bigger numbers than XM.

A Call for Equality

Howard mentioned that Clear Channel CEO Mark Mays has been saying that, since satellite isn’t regulated, it has an unfair advantage over regular radio, which is hounded by the FCC. Given this, Mark has been suggesting recently that the government look into putting limits on what is allowed to air on satellite.

Howard pointed out that before the announcement of his move, no one in regular radio cared about satellite. In fact, Howard noted that many terrestrial radio companies even allowed their employees to moonlight at satellite stations because they were so non-threatening.

Howard went on to say that he has everyone in the radio industry nervous and added that he is enjoying every second of it. He also assured everyone that, since SIRIUS is a pay service, the government will not be able to censor what it airs.