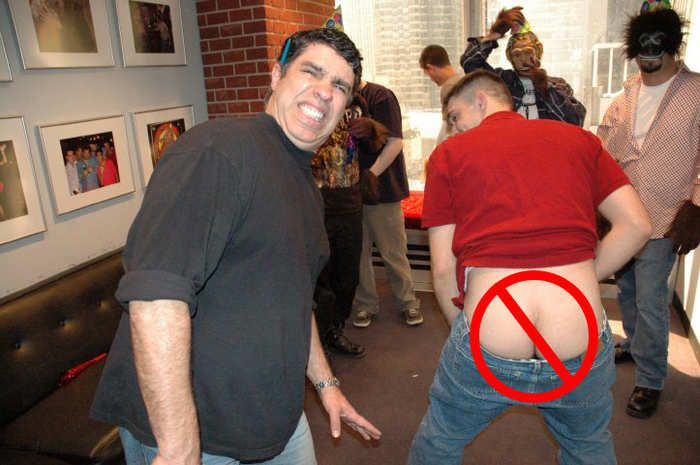 Howard reported that Gary had been in touch with Tom at the hospital and Tom informed him that Howard can’t air the farters tomorrow morning as he had hoped.

Howard mentioned that he was sure the final decision actually came from Joel Hollander, president of Viacom, who Howard noted has not been happy with him ever since he announced his move to SIRIUS.

Howard also pointed out that Joel was the one who decided not to let Howard take his tapes with him to satellite, even though Viacom won’t be able to use them either.

Robin noted that the only way some people can show they actually have power is by saying no and that it seemed like that was what Joel was doing. Despite the setback, Howard said the launch of Douche 100 is so important to him that he might wear an earpiece tomorrow just to hear the first fart.

Artie then commented that he might do the same thing, but Howard didn’t think he’d get around to it due to Artie’s laziness.