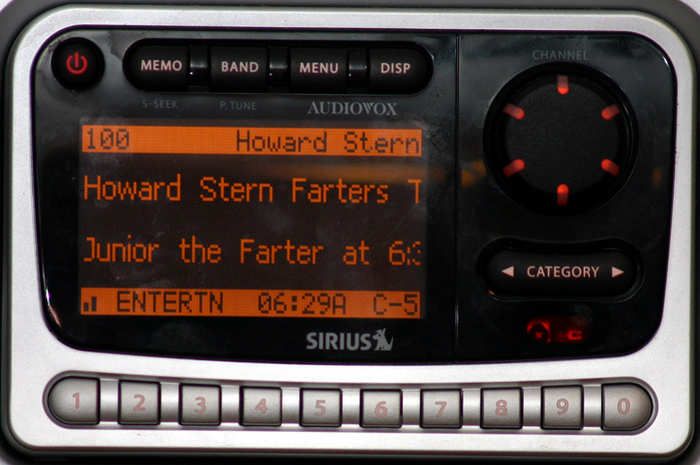 Howard started off the show commenting how upset he was that he wouldn’t be able to listen to Junior the Farter launch Howard 100 this morning like he had hoped. Howard said that, although Tom Chiusano was the one who broke the news to him, he was sure Viacom CEO Joel Hollander was the one who actually made the decision. Howard went on to say that Joel’s refusal to let him hear the first minute of the SIRIUS broadcast was Joel’s way of showing he still had control over Howard.

A listener called in to report that the scroll on Howard 100 read: “Howard Stern Farters Today. Junior the Farter at 6:30 et.” Artie commented that Junior was the perfect pick to start the channel not only because of his farting ability, but also because of his rock ‘n’ roll attitude.

The Revolution Is Now

After he came back from listening to the farters, Howard told everyone that he was smiling from ear-to-ear. He mentioned that with the rating system and the clear sound of the farts, he felt the format held up better than he originally thought it would. Artie pointed out that the farts he heard on Howard 100 were good examples of the kind of blasts they couldn’t air on regular radio anymore. 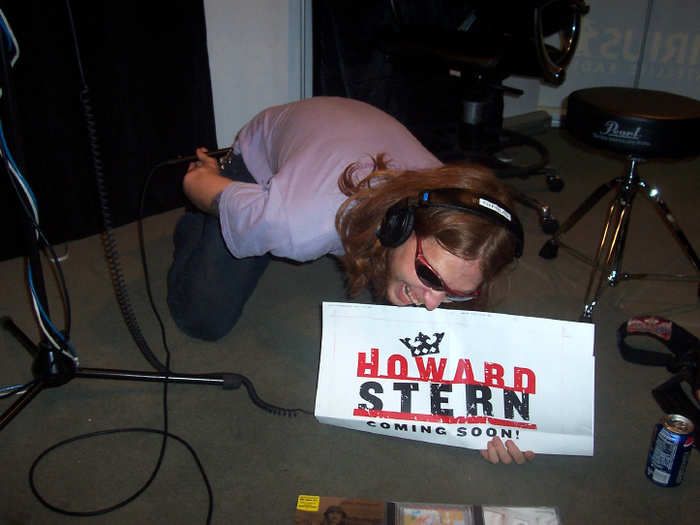 Howard took some calls from listeners who said that hearing Junior was hilarious, and that he was showing no signs of slowing down. In fact, one of the callers, who happened to be a police officer, told Howard that at 6:20 a.m. people began to shuffle out of his station without speaking to each other. The caller went on to say that when he got in his car to listen to Junior, he noticed all the other officers had gotten into their own vehicles to do the same thing.

Gary pointed out that Junior was so good that he was really looking forward to his drive home so he could tune into Debbie the Queefer’s broadcast and hear it uninterrupted. Gary also mentioned that he planned on listening to Will the Farter later in the afternoon while driving his son to football practice. High Pitch Eric got on the line to inform Howard that Junior had started incorporating burps into his routine. As the positive calls kept coming in, Howard once again suggested that he hoped Junior was pacing himself properly for the long haul.

The Thrill of Competition

Nuno got back on the line and told Howard that his afternoon man, Will the Farter, was already at the studio. Nuno then asked if Junior and Will could have a “fart off” on the air. Because Will had a five-hour shift of his own beginning at 4 p.m., Howard advised Nuno not to have the contest.

Robin pointed out that Will’s presence was probably making Junior more competitive, and that was the reason they wanted to have the battle in the first place.

Another caller reported that the scroll on Howard 100 said that Junior farted more than 100 times in the first hour. Howard then mentioned that during the commercial break, both he and Artie thought Junior was the Babe Ruth of farting. Gary commented that he couldn’t wait to read and hear what critics felt about Howard 100’s debut.

Junior the Farter Shares an Update